Dr. David Foglesong, from the department of biology, presented a poster on his research titled “Activation of DNA topoisomerase I and DNA topoisomerase II in nuclei of interleukin-2-treated HuT 78 cells” at the annual meeting of the American Society for Biochemistry and Molecular Biology in Anaheim, Calif., from April 23-28. The following graduate students were co-authors on this study: Minh-Hieu Pham, Navya Kondapalli, Adi Singh, Tripti Jaiswal, Jingjing Ma and Leonard Contreras.

Don Ewers ’85 MA, ’80 BA, instructor of communication arts and art, had a photo essay called “Four Meditations on Life” appear in the “Palo Alto Review” for fall/spring 2009-10. The essay summarizes his philosophy of photography as contemplative metaphor and is illustrated with four abstract/contemplative nature photographs.

Dr. Pat Lonchar, professor of English, served as an external reviewer for the Humanities Five-Year Program Review at Schreiner University in April.

Dr. Pat Lonchar, professor of English, Dr. Susan Hall, of the Dreeben School of Education, Theresa Tiggeman and Dr. Tracie Edmond, both of the H-E-B School of Business and Administration, and Judy Broughton, associate professor of interior environmental design, participated in a panel addressing “Using Screen Capture Technology to Capture a Class” at the Southwest Texas Teaching and Learning Conference at Texas A&M in San Antonio on April 9. 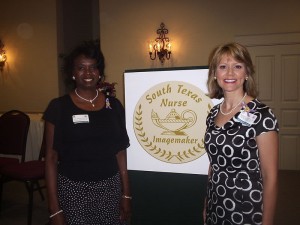 Dr. Sarah Williams, associate professor in the School of Nursing and Health Professions, was recognized in May with the UIW Nurse ImageMaker Award given by the Sigma Theta Tau International Honor Society, Delta Alpha Chapter-at-Large and Texas Nurses Association. For more than 25 years, the honor society has recognized excellence in nursing through this award. Since 2006, the Texas Nurses Association, District 8, has partnered with Sigma Theta Tau to honor area nurses of distinction as South Texas Nurse ImageMakers. Williams and 34 other nurses were selected because of their professional image, positive and caring attitude, leadership qualities, commitment to continuous learning and significant contributions to their organizations and communities.

Dr. Lopita Nath, assistant professor of history, attended the First National Conference on Bhutanese Empowerment in Atlanta from April 17-18. She presented a paper on “Resettlement of Bhutanese Refugees in the U.S.: A Comparative Study in San Antonio, Texas.” Bhutanese refugees from all over the United States attended the conference. She also presented her paper “Are we home yet? The Bhutanese Refugee Resettlement Program in San Antonio, Texas” at the annual meeting of the Southwestern Social Science Association in Houston from March 31 – April 3.

Dr. Ken Metz, professor of music, had his composition “Ouroboros” performed by international new music group Thelema Trio as part of their concert in Palestrina Hall on April 9. His composition “Por Hermeto” (2009) for solo marimba was premiered at TSU as a part of the National Association of Composer’s Texas Conference in February.

Dr. Emily Clark, associate professor of English, presented her paper titled “Taking the Postcolonial Westward: Women and the Frontier as Colony in Nancy Turner’s ‘These is My Words’ ” at the Philological Association of the Carolinas conference in Charleston, S.C., in March. 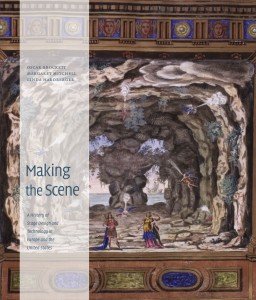 Margaret Mitchell, professor of theatre arts, held a book signing for the Drama Book Shop during the Irene Sharaff/Robert L.B. Tobin Awards in New York City in April. The book, “Making the Scene: A History of Stage Design and Technology in Europe and the United States,” is also featured in the bookstore at the Metropolitan Museum of Art.

Dr. Paul Lewis, associate professor of philosophy, presented his paper on “Contested States: Capital, Resistance, and Power” addressing problems of social justice and the political economy of globalization, at the UTSA Workshop on the Thought of Simon Critchley in February.

Dr. Lydia Andrade, professor of political science, was selected as the new Faculty Athletics Representative. She will replace Dr. Sandra Strickland, who retired from the School of Nursing and Health Professions in the spring.

Dr. Stefanie Boswell, assistant professor of psychology, made two co-presentations at the Southwestern Psychological Association in Dallas in April. The presentations were titled “Demystifying Academic Job Searches: Becoming Faculty Your First Time Out” and “Three-Stage Memory: Using What You Teach to Improve How You Teach.”  In February, she was invited to present at the annual meeting of the Texas University Counseling Centers in San Marcos on “Working with the Unique Needs of First Generation Students.”

Sr. Martha Ann Kirk, of the Religious Studies Department, and Miguel Conchas, doctoral student in International Education and Entrepreneurship, presented “Using Online International Exchanges with University Students to Promote Interfaith Dialogue and Understanding” at the “Peace through Faith-based Grassroots Organization? Exploring the Gülen Movement” conference held March 27. The conference was sponsored by the University of Texas – Pan American College of Arts and Humanities, in cooperation with the Institute of Interfaith Dialog.

Dr. Teresa Taylor-Partridge, assistant professor of psychology, had her project titled “Developmental and Individual Differences in Social Evaluation: Physiological and Behavioral Correlates” selected for participation in the Faculty Development Summer Grant Writing Workshop from June 7-11. She also presented a poster titled “Age Differences in EEG Activation in Response to Attractive and Unattractive Faces: A Study of 6- & 10-Month Old Infants” at the International Conference for Infant Studies in Baltimore on March 14.

Jonathan Trejo-Mathys, instructor of philosophy, was selected as a stipend recipient for a National Endowment for the Humanities Seminar titled “Philosophical Perspectives on Liberal Democracy and the Global Order” in June at Washington University in St. Louis. An abstract of his paper titled “The Remembrance of Things to Come: Benjamin, Violence, Modernity, (Post) Secularity” was selected for inclusion at an international conference on Walter Benjamin to be held in Santiago, Chile, in October.

Dr. Tanja Stampfl, assistant professor of English, presented her paper on “Theorizing Arab North Africa: Roles and Responsibilities of the Diaspora” at the North Eastern MLA Conference in Montreal in April.