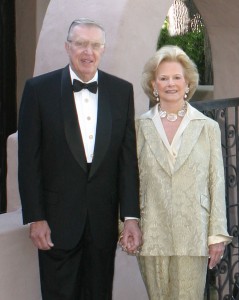 When Jim and Tena Gorman met in their junior year at the University of Oklahoma, their fathers were adamant that the young couple obtain their degrees before getting married. Both men were remarkably successful entrepreneurs: Tena’s father founded Cain’s Coffee Company and Jim’s father owned Gorman Drilling Company.

“Neither of our fathers, Bill Cain or Wardie Gorman, enjoyed the privilege of a formal education. For that reason, they were passionate we graduate with a college degree before beginning our lives together,” Tena Gorman recalled fondly.
That same passion for higher education would fuel the Gorman’s desire to assist the University of the Incarnate Word with a legacy of lifelong contributions, including serving on the Board of Trustees. In 2002, the Gorman Business and Education Center was named in their honor.

The Gormans eventually married in 1952, and shortly after, Jim served his country as a lieutenant in the United States Air Force with the Strategic Air Command. Later, he would be deployed to the Korean War.
It was after his return from Korea that the Gormans settled in San Antonio. They have three children.

“I volunteered through the Junior League at Santa Rosa Children’s Hospital and fell in love with their Mission and the Sisters of Charity of the Incarnate Word,” Tena Gorman said. “That began my interest in hospitals and medical care, which then led to becoming a founding member of  St. Luke’s Lutheran Hospital and the Baptist Hospital System after they acquired St. Luke’s.”

Meanwhile, Jim Gorman began a lengthy career of distinguished service to the San Antonio business and civic community. He served as a director of Frost National Bank, director emeritus of Cullen Frost Bankers and worked for 14 years on Wall Street as an investor.

He is a past president of the San Antonio Medical Foundation, the Cancer Therapy & Research Center and the Southwest Foundation for Biomedical Research. Gorman also served as chairman emeritus of the KLRN Endowment Fund and Founding Chairman of the Bank of San Antonio. KLRN is the PBS affiliate in San Antonio.

Tena Gorman dedicated years of service as past president and founder of the Southwest Foundation Forum, past president of the Charity Ball Association and a director of The Bank of San Antonio.

But it was a chance meeting with two friends who were University of the Incarnate Word Board of Trustees members that would eventually change the lives of future UIW students forever. It wasn’t long before the Gormans became intrigued with the university.

“Dr. Louis Agnese, along with Sr. Margaret Patrice Slattery, set us on fire with the vision of educating students who never dreamed a college degree could be available to them. You can’t help but want this dream to become a reality! And that dream continues as we speak,” Tena Gorman said.

The Gormans were both awarded honorary doctorate degrees by UIW during a commencement ceremony in May 2006 for their many contributions to the betterment of Incarnate Word and the local educational community. Between the two of them, they have amassed numerous other awards for their unending civic and humanitarian efforts throughout the decades.

“Currently, I’m focusing on the School of Nursing at UIW, one of the largest providers of healthcare professionals throughout South Texas,” Tena Gorman noted.

The couple will celebrate their 58th wedding anniversary in May. After reflecting on their decades of service to the San Antonio area, Tena Gorman believes their spirit of generosity can be traced to their parents, who stressed the importance of philanthropy.

“We were raised by parents who believed that good citizens need to be involved and give back whenever and wherever possible. Jim and I have received back every bit as much as we have been privileged to give.” 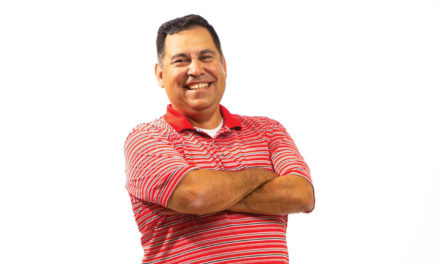 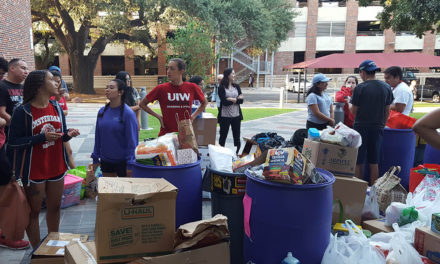