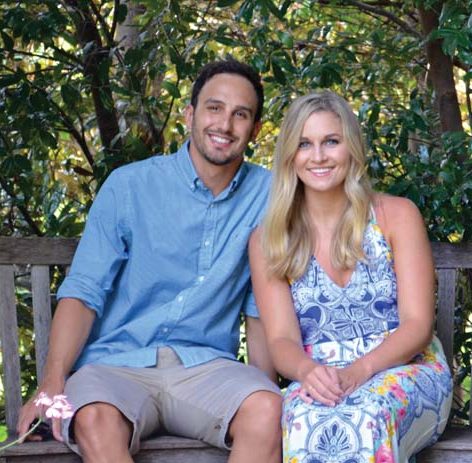 Joe Pickard ’77 BBA has been a practicing lawyer in Littleton, Colo., since 1982. He is now one of the partners in a four lawyer trial law firm. Their newest associate attorney is his son, Jay. Three years ago they converted an abandoned Applebee’s restaurant and repurposed it as a law building. The new law building also serves as a meeting place for the board of a local community church, and is the physical home of a nonprofit organization, The Turelli Foundation, which Pickard co-founded to assist divorcing couples on a pro bono basis.

Donald Ewers ’80 BA ’85 MA received the 2016 San Antonio River Authority Watershed Wise Award for volunteer service as a master naturalist at the Inaugural SARA Watershed Wise Awards presentation on June 9, 2016. Ewers is an active member of the Alamo Area Master Naturalist chapter and is vice president of the San Antonio chapter of the Native Plant Society of Texas.

Harry Jackman ’90 BA is back in the classroom, after 20 years, teaching Special Education at NEISD. 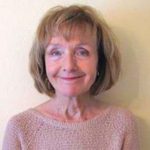 Catherine Robichaux ’91 MS, who received her Ph.D. from the University of Texas at Austin in 2002, is currently an adjunct faculty member at the University of Mary in Bismarck, N.D. Robichaux has conducted, published and presented research on end-of-life care in the adult and pediatric/neonatal ICU’s and in rural/border hospitals in the Southwest; moral distress and ethical climate; bullying and patient safety, among others. She was a member of the Steering Committee to revise the Code of Ethics (2015) and a member of the American Nurses Association (ANA) Ethics Advisory Board and editorial advisory board of the Online Journal of Issues in Nursing. Robichaux is editor of a book to be published by Springer, “Ethical Competence in Nursing Practice” (2017).

Rep. Terry Canales ’02 BA is a Democratic member of the Texas House of Representatives for District 40 and has been practicing law in Edinburg, Texas. He has served since 2013.

Jacqueline Sotelo ’07 BM performed on vocals with the UIW Cardinal Jazz Band in September at the Cove.

Tania Kelley ’09 BA will begin her eighth year of teaching high school and her fourth year in the Northside Independent School District where she is the director of forensics (speech and debate) at O’Connor High School. 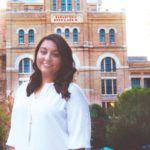 Erica Garcia ’13 BA is the owner of egCollaborations, which provides event planning and management for weddings, galas, grand openings, retreats, team building events, and other events. Her drive and passion for event coordination has been developed through the execution of festivals and citywide events such as The San Antonio Food Truck Showdown®, as well as corporate events and weddings. For more info, visit: www.egcollaborations.com. 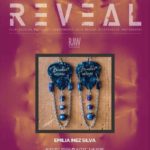 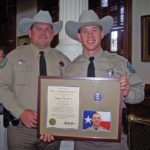 Thomas Rinn ’14 BA graduated with the 60th Texas Parks & Wildlife Game Warden Cadet Class on Aug. 2, 2016. He has been assigned to McMullen County.

Karla Benavides ’15 MAA is the owner of the Huipil Market, Handmade Goods. Huipil Market is an online boutique offering unique, sustainable, Artisan handmade goods from around the world with the mission to create awareness and promote fair trade and ethical fashion. Visit the website at www.huipilmarket.com or on Instagram @huipilmarket 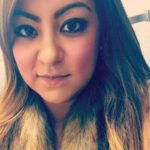 Michelle Wilk ’15 BA is managing a community garden for the Carroll Early Childhood Education Center on the East Side. She worked on sustainability issues while a UIW student and has continued to volunteer though no longer a student. Wilk is also a former SGA president.

Christopher Sullaway ’13 BA and fiancé, Mercedes Esquivel, announced they are expecting the arrival of their future Cardinal on Dec. 25, 2016. 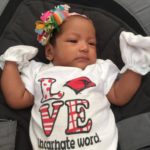 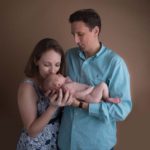 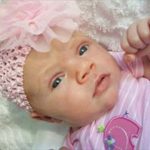 Autumn (Ramien) Gill ’96 BSN and her husband, Christopher, welcomed their newest blessing to the world on April 14, 2016, a daughter named Delany Hope. She was born at 1:06 p.m. in San Antonio weighing 8 pounds, 6 ounces and measuring 20 ½ inches long. Delany joins her big brother Daniel and big sisters Donna and Daly. 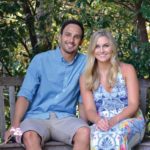 Thiago Parravicini ’14 BBA ’16 MBA, former Cardinal swim team member/graduate assistant coach, and Lauren Bennett ’16 BSN, RN also a former Cardinal swim team member, were engaged on July 7, 2016, in Dallas, Texas. Parravicini was born and raised in Rio de Janeiro, Brazil, and remained there until UIW gave him the opportunity to come to San Antonio to study and be a part of the swim team, where he met Bennett. 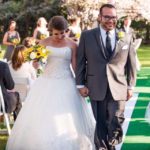 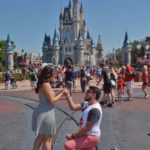 David Chavarria ’14 BA and Felicia Hernandez are planning their wedding for May 6, 2017, in Floresville, Texas. The two have been part of each other’s lives for 10 years. Chavarria knew the moment he met her when they were 15 that he wanted to marry her, so while at Disney World this past summer, celebrating Felicia’s graduation, he proposed in her favorite place in the world. 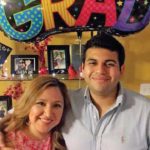 Mercedes Moreno ’13 BA ’16 MAA and Paul Villanueva, Jr. announced their engagement on Oct. 1, 2016. The couple plan to wed on Nov. 18, 2017, at The Menger Hotel in downtown San Antonio, Texas. The two met in the summer of 2015 and it was love at first sight. Moreno is UIW’s assistant director of alumni relations and Villanueva will be a UIW alum in the spring of 2017. 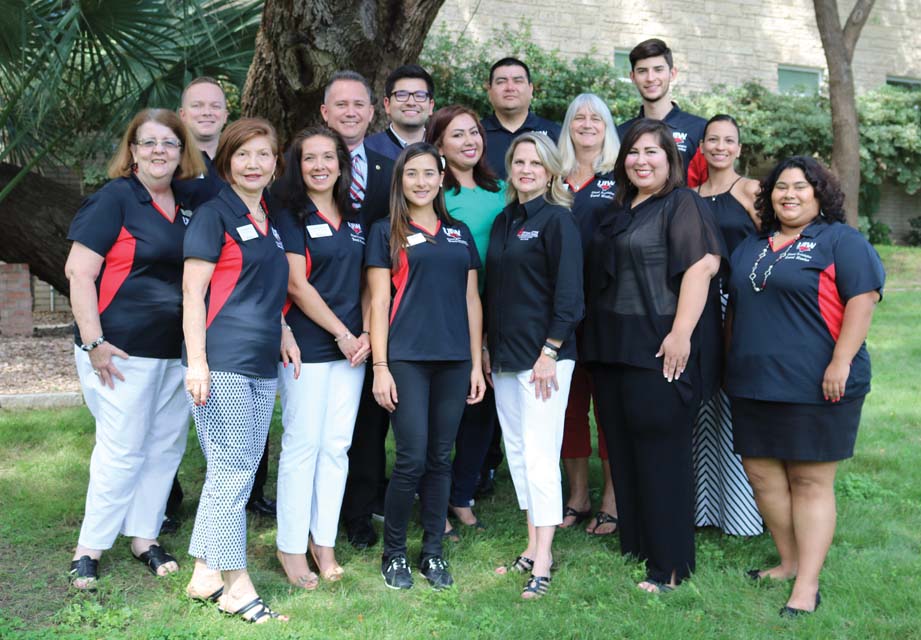 Executive Board of Directors:

Ex-Officio Board of Directors:

*Correction to In Memoriam listing: In the Summer 2016 edition of Class Notes, Mary Cay Kennedy Murray ’68 BS was mistakenly listed in the In Memoriam section. 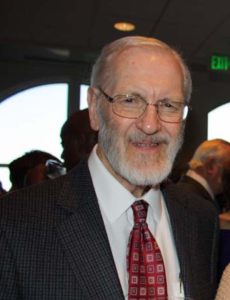 Dr. Robert Connelly, professor emeritus of philosophy and a beloved member of the UIW community for over 45 years, passed away on Sept. 27. Connelly, in addition to teaching philosophy for over 30 years, served in many capacities at Incarnate Word, including as assistant to the associate provost, the dean of the College of Math, Science and Engineering (MSE), the assistant director and director of assessment, and the dean of the College of Humanities, Arts and Social Sciences (CHASS). In addition to his titled positions, Connelly assisted in the founding of the Ettling Center for Civic Leadership, established the university’s strategic goal for sustainability, maintained the Faculty Handbook, and helped develop the Headwaters at Incarnate Word. Because of his commitment to numerous initiatives at UIW, the university created in 2009 The Robert J. Connelly Faculty Leadership Award to honor a professor who serves as a model leader of the faculty. “In my heart, the thing that’s always been the most rewarding is the classroom experience,” Connelly shared in the Fall 2015 issue of The Word. His legacy and his dedication to Incarnate Word will forever be cherished. 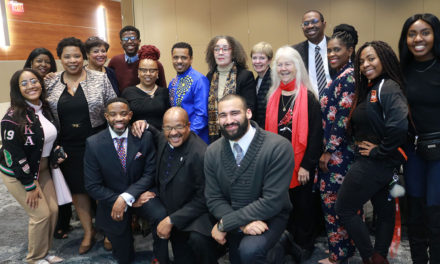