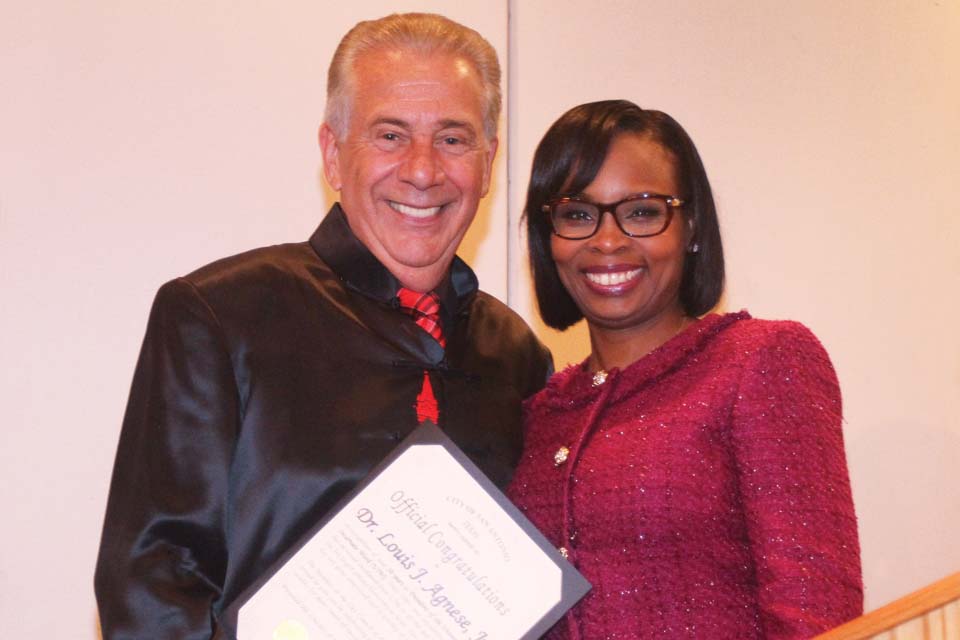 UIW President Dr. Louis Agnese celebrated the 30th anniversary of his inauguration as president of the university with several events this spring.

At a Conferral Ceremony of Honorary Degrees held March 21 in the Chapel of the Incarnate Word, Agnese; Charles Amato, co-founder and chairman of SWBC and UIW board of trustees member; and Harley Seyedin, president of the American Chamber of Commerce in Guangzhou, China, who played a pivotal role in UIW international initiatives as well as helped to establish China Incarnate Word in 2000; were each awarded a Doctor of Humane Letters. This is UIW’s highest honor.

“Of all the degrees I’ve been awarded in my life, this is far and away the most special,” said Agnese. “This fulfills my dream of becoming an alum of UIW.” 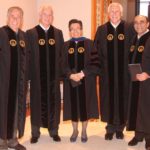 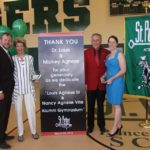 Agnese is pictured with wife Mickey and their children Louis and Nancy at the St. Peter’s gym dedication ceremony. 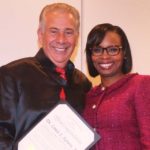 Agnese and Taylor during the Associates Dinner. 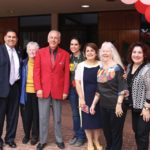 Agnese shares a photo with UIW community members at the Picnic with the President. 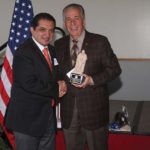 Jose Antonio Lopez Verver, director of UIW’s Irapuato campus, presents Agnese with a congratulatory award for his 30 years. during the International Symposium and Luncheon. 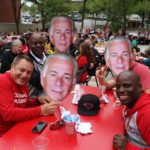 UIW community members have some fun taking photos with Lou heads at Picnic with the President. 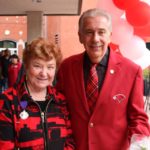 VP for Institutional Advancement Sr. Kathleen Coughlin,CCVI, and Agnese share a photo at Picnic with the President. 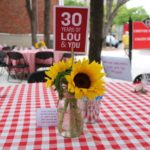 A centerpiece at Picnic with the President. 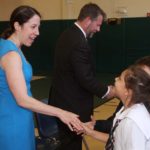 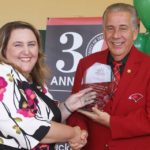 Agnese reecives a commemoration for 30 years from St. Peter’s. 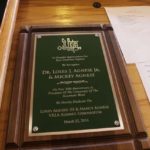 A plaque for the St. Peter’s donation. 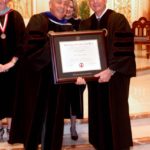 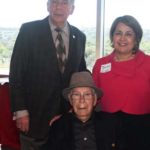 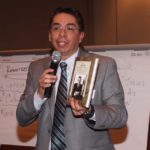 An International Symposium and Luncheon was also held March 21 in the McCombs Center Rosenberg Sky Room. Guests from UIW campuses in Mexico and Germany as well as representatives from UIW sister schools were in attendance.

Agnese celebrated with San Antonio Mayor Ivy Taylor at the annual Associates Dinner on March 22. Agnese and Taylor were joined by members of the Agnese family as well as the UIW and San Antonio community. During the event, Taylor presented Agnese with an Official Congratulatory Proclamation from the City of San Antonio.

A dedication ceremony was held March 24 at St. Peter Prince of Apostles School to celebrate the Agnese family donation to the school’s new gymnasium. Agnese and wife Mickey were joined by their children Louis and Nancy as the gym was named the Louis Agnese III and Nancy Agnese Vrla Alumni Gymnasium.

To culminate the festivities, UIW employees were invited to a Picnic with the President on March 29. Employees shared memories of Agnese while enjoying lunch in the courtyard in front of the Coates Theater on campus. 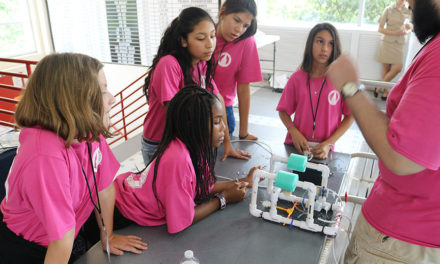