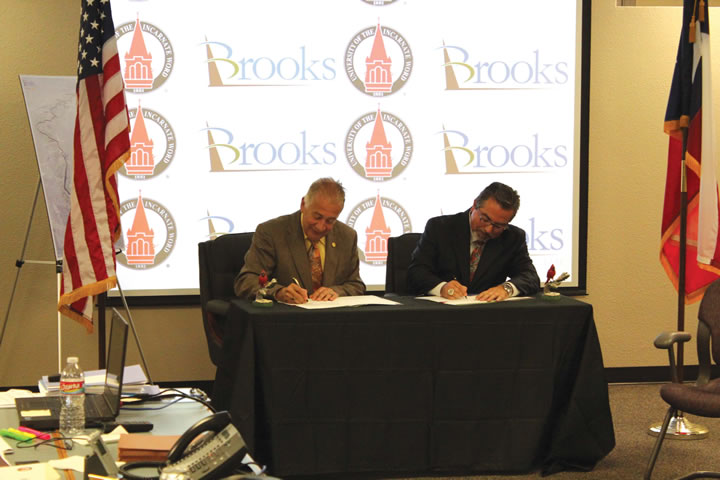 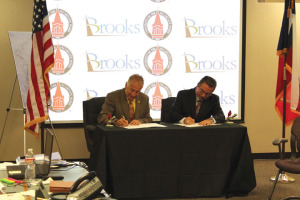 UIW President Dr. Lou Agnese and Brooks City Base President and CEO Leo Gomez formalize the partnership by signing a memorandum of understanding.

The University of the Incarnate Word (UIW) has selected Brooks City Base as the site of its new School of Osteopathic Medicine. UIW President Dr. Lou Agnese and Brooks City Base President and CEO Leo Gomez formalized the partnership by signing a memorandum of understanding on June 10, following a meeting of the Brooks City Base Board of Directors where the terms of the agreement were approved.

The proposed Phase I plan provides three-and-a-half buildings and 585 parking spaces on approximately 16.13 acres. UIW has an expansion option known as Phase II that would add the adjacent 7.52 acres, three-and-a-half more buildings and additional parking. The entire plan involves 23.65 acres and seven buildings with classrooms, laboratories, administrative and faculty offices, a student center and an auditorium.

“This is a historic day not just for Incarnate Word and Brooks, but really, San Antonio and Texas,” said Agnese. “About half of the counties in Texas have insufficient numbers of primary care physicians. One of the goals of our medical school will be to increase the number of primary care doctors practicing in underserved areas. Brooks has the space and resources to allow us to develop a state-of-the-art facility that will allow UIW to fulfill the healthcare mission of our founders, the Sisters of Charity of the Incarnate Word.”

Under the agreement, UIW would lease the buildings from Brooks City Base for a term of 25 years. UIW will be responsible for financing and construction costs and would be granted ownership of the property at the end of 25 years. 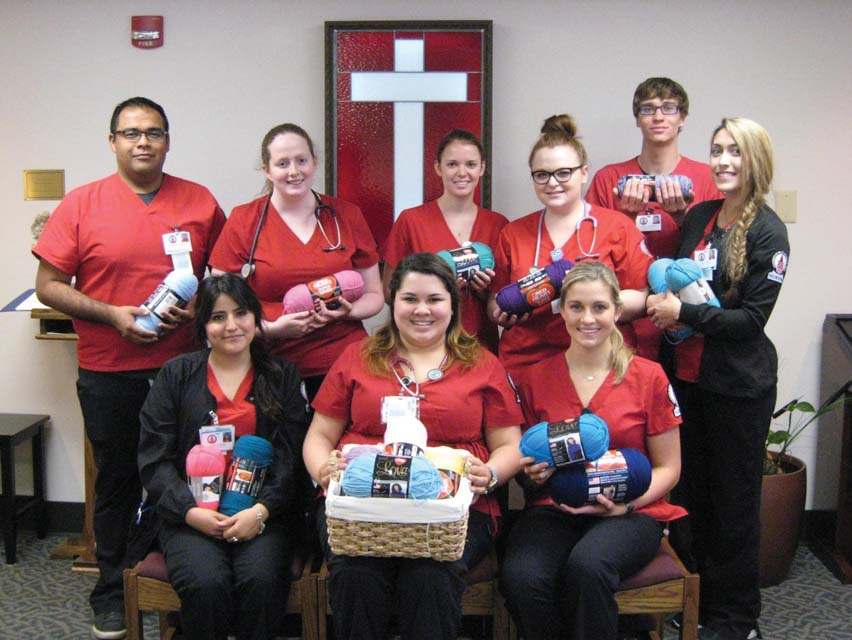