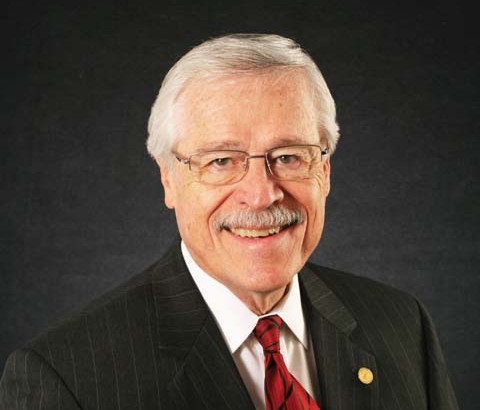 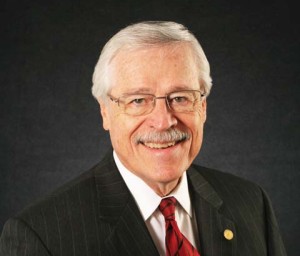 The University of the Incarnate Word (UIW) would like to extend a very heartfelt thank you to William G. Moll, who retired from the UIW Board of Trustees in December and is now an emeriti board member. He served on the board from 2002 to 2014. Moll is CEO of MollComm, a broadcast consultancy serving the Independent Television Group. He retired in 2012 as president and CEO of KLRN Public Television in San Antonio, Texas. Moll’s extensive career includes positions as president of WNBC-TV in New York; president/CEO of the Television Bureau of Advertising (TVB) in New York; president/CEO of Clear Channel Television in San Antonio; president/CEO of WKRC-TV in Cincinnati, Ohio; and president/CEO of Harte-Hanks Broadcasting in San Antonio. He has served as trustee of the Masters Leadership Program in San Antonio; a member of the Civilian/Military Council of San Antonio; trustee of the San Antonio Area Foundation; former chairman of the San Antonio Art Institute; and on the national boards of Boy Scouts of America-Greater New York Council and CBS Television Network Affiliates Board; among many others. The university is grateful to Moll for his continued dedication and support of UIW and wishes him continued success. 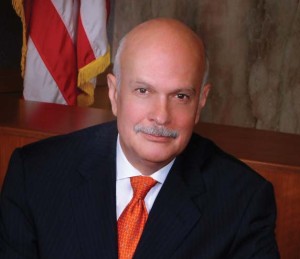 Ricardo Hinojosa, chief judge of the United States District Court for the Southern District of Texas and new member of the board of trustees

The university welcomes Ricardo H. Hinojosa, chief judge of the United States District Court for the Southern District of Texas, to the UIW Board of Trustees. After earning a J.D. from Harvard Law School, he served as a briefing attorney to the Texas Supreme Court from 1975 to 1976 and then went into private practice in McAllen, Texas. In 1983, Hinojosa was nominated by President Ronald Reagan to a seat on the United States District Court for the Southern District of Texas. At 33, he became the youngest federal judge in the nation. He was appointed as a commissioner on the United States Sentencing Commission in 2003 and served as chairman, appointed by President George W. Bush, from 2004 to 2009. Hinojosa has served as chief judge of the Southern District of Texas since 2009. He is a member of the Fifth Circuit Judicial Council, the Budget Committee of the Judicial Conference of the United States, and served on the Committee on Defender Services for the Judicial Conference of the United States. Hinojosa is vice president and a member of the board of directors of the John G. and Marie Stella Kenedy Memorial Foundation. He teaches as an adjunct professor at the University of Texas School of Law. In 2011, he received the Edward J. Devitt Distinguished Service to Justice Award by the American Judicature Society.