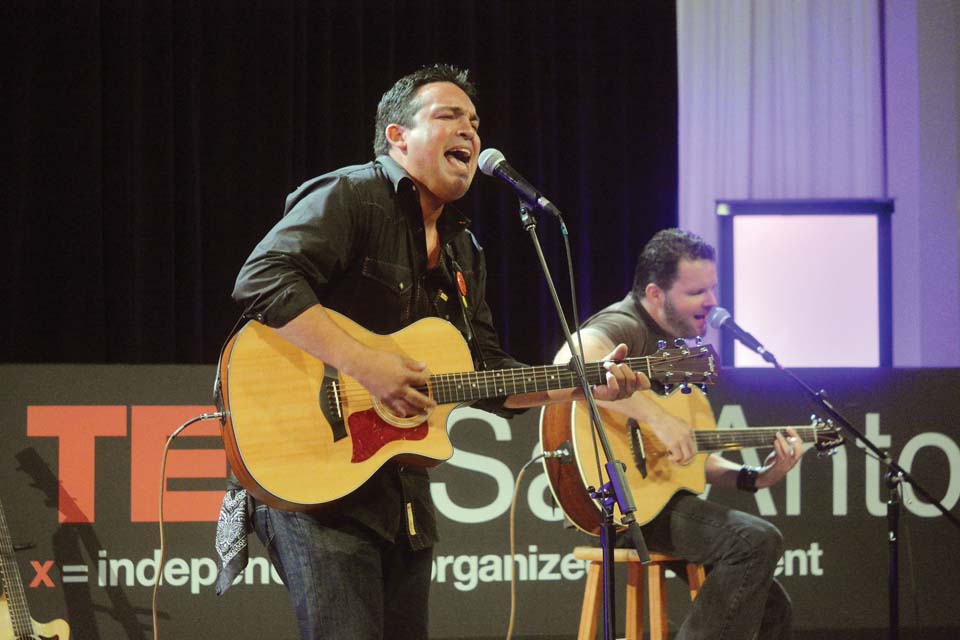 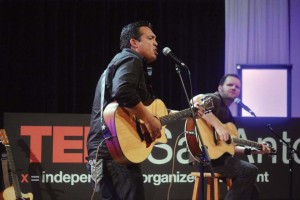 When I got the call in August from an organizer for TEDxSanAntonio, I thought he was saying “FedEx” and almost hung up on him. He said, “No wait! This is a big deal! This is Chris with TEDxSanAntonio.”

Then it hit me. A few months prior a friend of mine, who was volunteering for TEDx, suggested I submit an application to perform at the event.

TED, which stands for Technology, Entertainment, and Design, is an innovative, worldwide trend in conferences; it is a nonprofit devoted to “Ideas Worth Spreading,” typically in the form of brief but powerful talks and performances lasting no longer than 18 minutes.

Chris Sandoval, chair for the TEDxSanAntonio Programming Committee, spent the next few minutes of the phone conversation convincing me this opportunity was one I would not want to miss.

Sandoval’s team, who was responsible for reviewing speaker applications, recommending the slate of speakers to the San Antonio event organizers and then working directly with every approved speaker to help them prepare for their time on stage, had chosen me and my songwriting partner and fellow alumnus Lorenzo “Chacho” Saldaña ’05 MA to perform at the 2014 TEDxSanAntonio event, held at the Rackspace Headquarters in San Antonio on Oct. 18. We perform under the name of Chacho & Brance.

Upon ending my phone call with Sandoval, I began researching and, indeed, discovered what he was talking about was a big deal – a global phenomenon in fact. 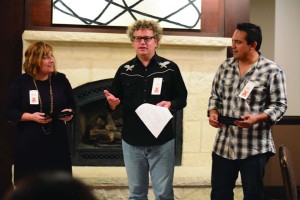 Organizer Chris Sandoval (center) speaks to presenters and curators at the TEDxSanAntonio Speaker Reception the night before the big event.

TED was founded in 1984 as a one-off event, but evolved into an annual conference beginning in 1990, in Monterey, Calif. TED’s early emphasis was technology and design, consistent with its origins in the Silicon Valley, but evolved to include topics spanning every spectrum of life imaginable, from business to science to global issues, and in more than 100 languages. Nearly 2000 TED talks are available on the main TED site and have collectively had viewings of over one billion worldwide, with many TED events offering live streaming.

Like San Antonio’s, TEDx events are independently organized but are part of the overall TED movement and are held throughout the world.

“You must first obtain a license from the larger TED organization,” said Sandoval. “When applying for a license, you commit to a set of responsibilities but you’re basically on your own from there. The ‘x’ in TEDx stands for ‘Independently Organized TED Event.’”

There were over 200 applicants with 22 selected. To prepare for the ten minutes we were allotted for our talk, TEDxSanAntonio assigned us a curator who graciously walked us through the process and helped to focus and develop our presentation. Preparation was intensive with an orientation; several meetings with the emcees and curators; three group rehearsals; and a dress rehearsal the night before.

Our topic centered on a genre of music that is unique to us, “Borderland Blues,” which accentuates the idea that life, art, and human inspiration transcends “borders.” We performed three songs and talked a bit about our sound. Presenting to an audience of approximately 600 at Rackspace and even more via global streaming, there was a beautiful, nervous energy to the experience. We were among a fascinating and equally unique group of speakers ranging from an urban farmer to an abstract painter to a representative from the San Antonio River Authority.

I was pleased, following the event, to learn that a number of our UIW community members have given TED talks as well. 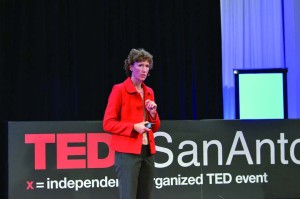 In fact, Dr. Rhonda Martin, who graduated with a doctorate from UIW last December, was a fellow presenter at TEDxSanAntonio. She talked about “Destructive Leadership and the Millennial Workforce,” the topic of her dissertation defense. Following TEDx, she was asked to speak at USAA, where she works as a senior business operations analyst, and most recently at the San Antonio Metropolitan Health District.

“TED is a global phenomenon because it has provided an opportunity to share ideas, knowledge, and perspectives that everyday people would not have the chance to,” said Martin. “TED is a platform for ordinary people with extraordinary lives to share with the world.”

Michael Segovia ’84 BA served as a speaker in March 2014 at the TEDx Boyle Heights conference in California. Segovia, who is a certification program facilitator for CCP, Inc., a company that publishes and sells personality, career, and organizational development assessments and tools, spoke on the pains and joys of being different.

“It was a great learning experience. I met many wonderful people before, during, and after the event,” shared Segovia. “TED talks cover such a rich diversity of topics by a diverse group of speakers.”

UIW’s own Professor of Business Administration Dr. Annette Craven recently gave a talk, “Changing Perspectives: A Journey Through Life,” at the College of the Canyons in Santa Barbara, Calif. Craven said the premise of her talk was that we should spend less time worrying about communication differences across generations and more on the differences in decades.

Craven said she even implements TED as a learning tool by regularly showing TED talks in her classes at the master’s and doctoral levels.

“TED and TEDx events create a safe environment for individuals to fully express their ideas and perspectives without pushback or recrimination,” said Craven. “It is one of the few environments I have experienced in which each individual could share their thoughts and be applauded for it.”

As we journey further into the technological age, bridging the gaps of cultural and geographic diversity, it seems TED serves as one more innovate way of connecting those lines of the human experience. 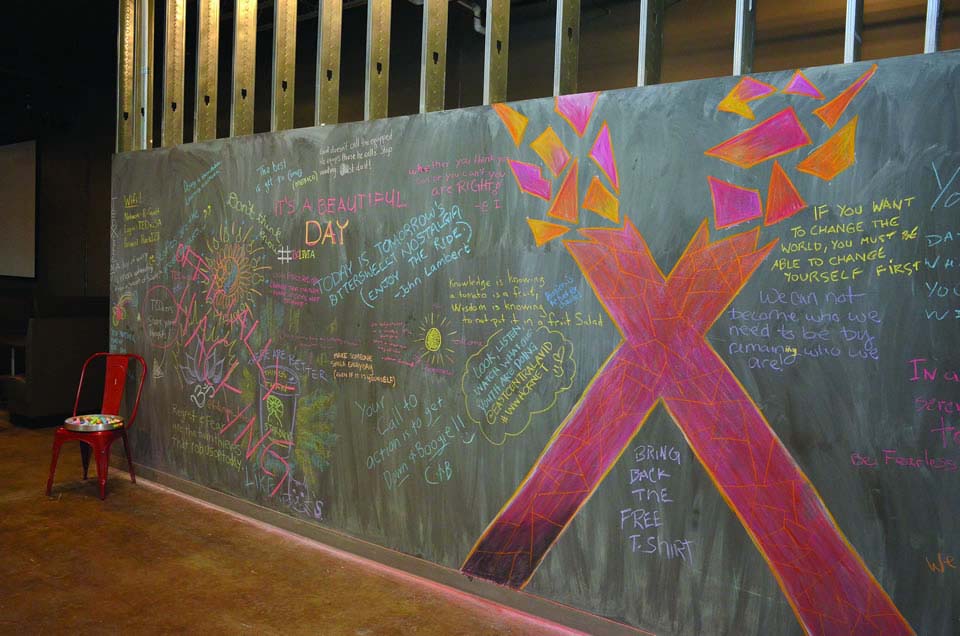 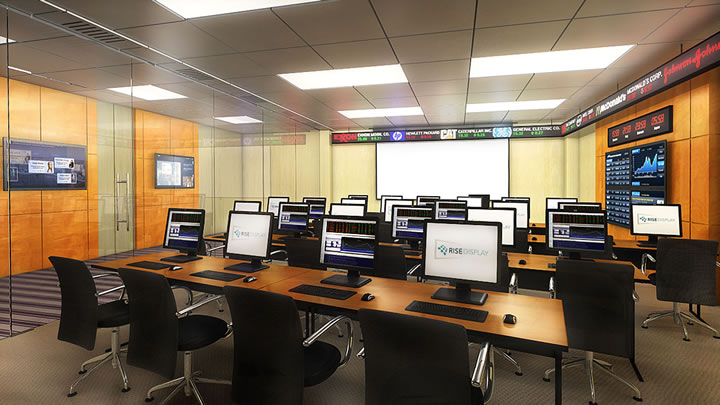 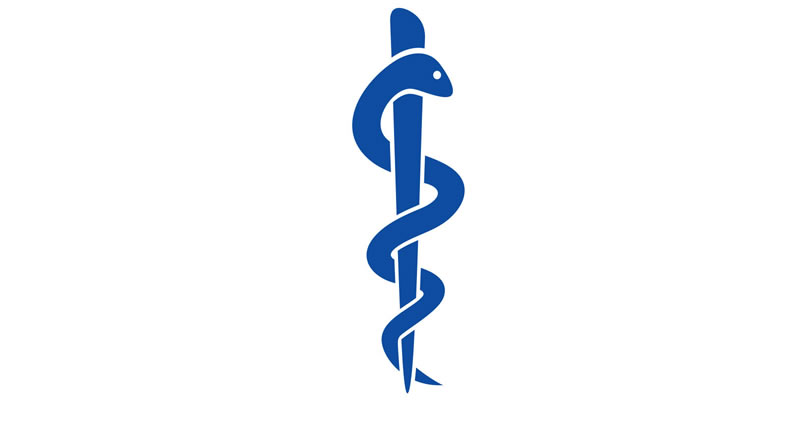 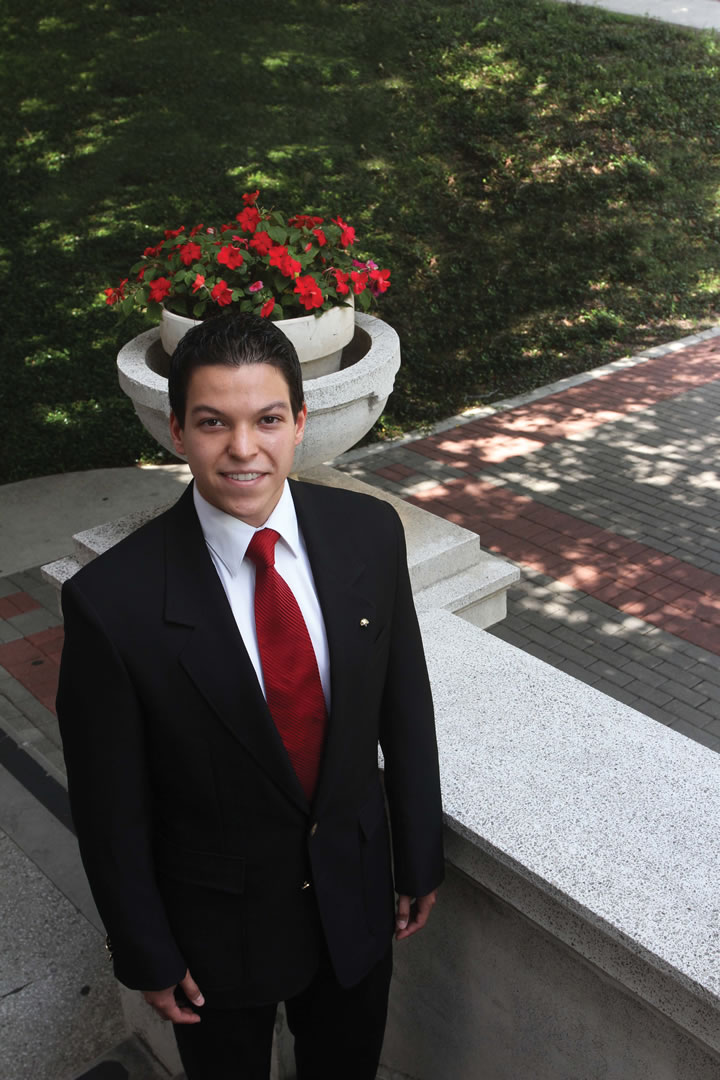