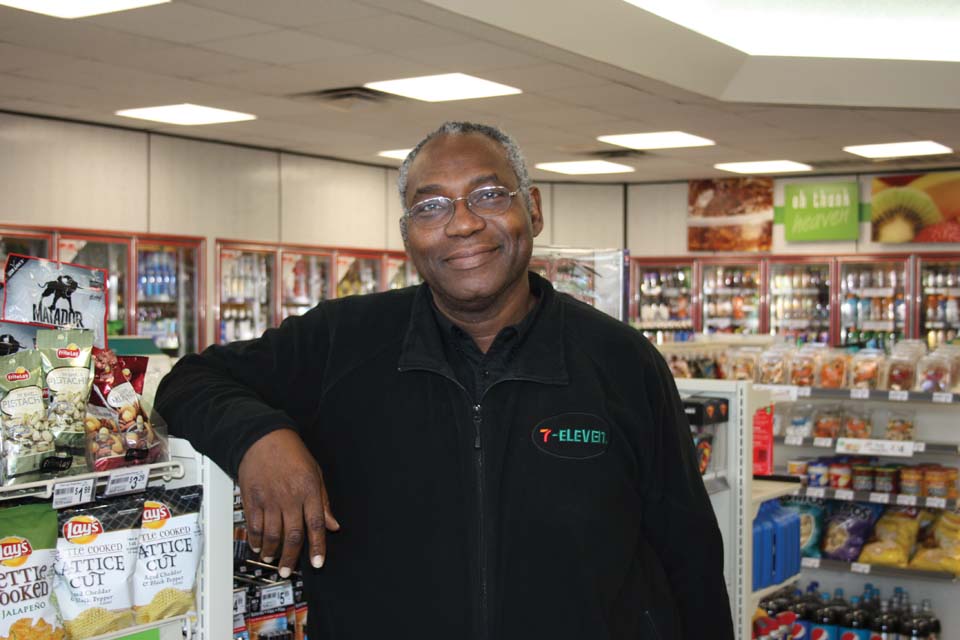 Rita Shaw Reindl ’60 BSN was nominated and accepted into the Equestrian Order of the Holy Sepulchre in Jerusalem. The induction ceremony took place in October at the Co-Cathedral of the Sacred Heart, in Houston, Texas. The principal celebrant was His Eminence Daniel Cardinal Dinardo, KGCHS. 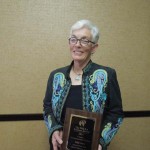 Joanne Denham ’71 BSN retired from a career as a geriatric and catastrophic injury or illness nurse case manager and is also a five-plus-year survivor of mesothelioma cancer of the lungs. She says a supportive family, including UIW, and the prayers of many have emphasized the value and gift that is each day. 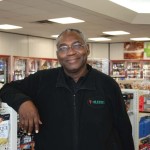 Anthony Abayomi Alabi ’80 BS came to America 45 years ago from Nigeria in search of the American dream with $400 to his name. Alabi, 59, worked as a cashier at 7-Eleven while pursuing a triple major at UIW. Alabi earned his degree in medical technology. In the 1970s, he became a naturalized citizen of the United States. He eventually went on to manage several stores and to become a district manager before 7-Eleven sold its San Antonio stores in 1989. Alabi managed a Tetco, Inc. flagship convenience store for eight years until the acquisition of Tetco, Inc. outlets by 7-Eleven. In August, he became the owner of the very store he managed and the first 7-Eleven owner in San Antonio since it re-entered the market in 2012. With the average franchise price tag of $191,000, he invested his life savings in securing his own store. In Nigeria, Alabi’s family owned a store and he worked there when he was young. Recently, Alabi’s son, Terry, returned to San Antonio after attending college in Iowa to learn the family business.

“Coming to America is a chance to have a better life and education. However, attending UIW was an experience of a lifetime,” said Alabi. “I owe a debt of gratitude to UIW for teaching me to believe in myself and aim high.” 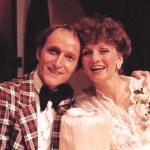 Richard Jones ’86 MA and Karen Jones ’79 BA ’86 MA play characters in the recently, critically acclaimed release “Boyhood.” “Boyhood” is a 2014 American coming-of-age drama film written and directed by Richard Linklater. The film was shot intermittently over the course of a 12-year period, 2002-2013, and depicts the adolescence of a young boy in Texas growing up with divorced parents. The film was nominated for five Golden Globe Awards, winning for Best Motion Picture – Drama, Best Director, and Best Supporting Actress. It also received six Academy Award nominations, including Best Picture, Best Director, and acting nominations for Patricia Arquette and Ethan Hawke. The couple play Annie’s father and mother in the film.

Scott Hill ’87 BM is headmaster at Jefferson Academy in Kearneysville, W.Va. The academy’s student body numbers 56 students and he teaches music to kindergarten through fourth grade.

Janie Barrera ’87 MBA, LiftFund CEO and president, has been selected by Junior Achievement of South Texas as an inductee to the 2015 San Antonio Business Hall of Fame. 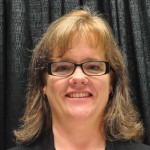 Dr. Frank Lucido ’89 MA is currently serving as associate dean and professor for the College of Education at Texas A&M University Corpus Christi.

Desiree Wiseman ’90 BBA is currently a marketing segment manager at a local financial institution after years of working in Hispanic advertising.

Anne E. Ohlrich ’92 BA celebrated the one year anniversary of the new location of her law firm on Oct. 21, 2014. The Ohlrich Law Firm specializes in family and business immigration issues. Mary Nell Ohlrich Costello ’74 BA was on-hand to celebrate.

Chris Sauter ’93 BA is one of three San Antonio artists to have his art featured in the exhibit “State of the Art: Discovering American Art Now” at the Crystal Bridges Museum of Art in Bentonville, Ark.

Lisa Marie Gonzales ’94 BA was appointed by former Mayor Julian Castro and the San Antonio City Council to the position of Municipal Court Judge for the City of San Antonio.

Sylvia Rincon ’97 BA is working as the director of communications at Southside Independent School District.

Jenifer Richardson ’98 BBA is currently serving as the director of community engagement with the Eastside Promise Neighborhood through United Way.

Cynthia Yost ’99 BAAS recently transferred to San Antonio to work as a transportation security inspector-aviation with the Transportation Security Administration. 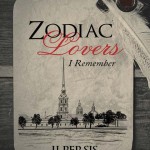 Eve Rodriguez ’03 BSN just successfully defended her dissertation at The University of Texas at Tyler. 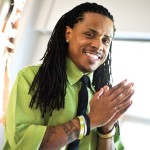 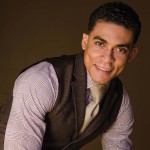 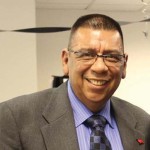 Pablo Pena ’06 BBA ’08 MAA is working on his Ph.D. He recently retired from H-E-B after 20 years and now lives in Houston, Texas, working for Cardtronics as financial services account manager and is responsible for over 5000 ATMs.

Paola Pino Queipo ’06 BA ’10 MA has moved to Miami, Fla., with her family to continue working with Creative Eyedeas, a graphic, Web and creative marketing design business. She had worked with NEISD for the last seven years teaching graphic design and illustration and audio and video production at the Design and Technology Academy High School, while working on side projects for her business.

Danielle Gunter ’07 MSN just successfully defended her dissertation at The University of Texas at Tyler.

Kevin Rubel ’08 BBA ’10 MS and his wife were featured in November’s edition of San Antonio Magazine about the adoption of their three kids. The article can be found at http://www.sanantoniomag.com/November-2014/Providing-Forever/ 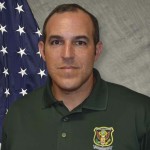 Chris Fletcher ’10 MAA is now the command information officer for Fort Jackson, S.C. He recently served as the public affairs officer for the U.S. Army Marksmanship Unit at Fort Benning, Ga. Fletcher is an Army veteran with 23 years of service. 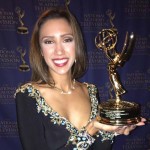 Taina Bustos-Rivera ’10 BA has been working as the morning anchor for KWTX News 10 in the Waco, Texas, area for four years. In April, she won a Texas Lone Star Emmy in the Newscast-Morning/Daytime smallermarkets (61+) category. 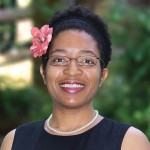 Chrystal Alexander ’11 BBA completed one year at Economic Development Consulting Firm Fourth Economy Consulting in Pittsburgh, Pa. after graduating from the University of Pittsburgh Graduate School of Public and International Affairs in 2013. 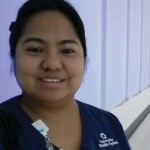 Mary Ann Salazar ’12 BSN RN received her certification in nephrology nursing as she joined Pediatric Dialysis at University Health System eight months ago. She was awarded the 2015 Annual Dialysis Conference Nursing Scholarship by University of Missouri, Division of Nephrology. She was also recently elected to serve as the 2015 president of American Nephrology Nurses’ Association, Alamo City Chapter. 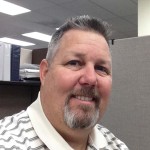 Tim Bell ’13 BS ’14 MAA is a contract specialist with the U.S. Army Corp of Engineers.

Jonathan George ’14 BA has entered the seminary for the Archdiocese of San Antonio and plans to be ordained in six years. 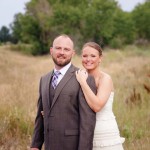 Corey Beechner ’10 BS, ATC, LAT and Kimberly Krieg ’10 BBA were engaged on Sept. 17, 2014. They will earn their graduate degrees from UIW in May 2015. Beechner is the head trainer at Our Lady of the Lake University and Krieg is the owner of Embark Marketing. 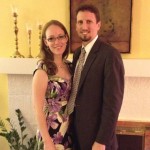 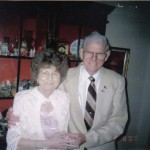 Frederick P. Atchley ’62 MEd and his wife Lillis recently celebrated their 65th wedding anniversary. Atchley earned his master’s at what was then Incarnate Word College during his tenure as a science teacher in San Antonio high schools. His favorite instructor at Incarnate Word was Sr. Joseph Marie, CCVI.

Fred and Lillis met in September 1945 at Livingston State Teachers College, now University of West Alabama, at their combination mailboxes that were side by side. Fred helped Lillis open her box. They became college sweethearts, graduating together May 22, 1949. They married May 23, 1949 and started by bus on May 24, 1949 to San Antonio, Texas, where Fred was stationed at Fort Sam Houston.

The Atchleys had twin sons, Fred V. (deceased 2001) and Rick in 1954. Both Fred and Lillis were high school teachers in the South San Antonio and North East Independent School Districts.

After retirement, the Atchleys did volunteer work for many years in various organizations including San Antonio Genealogical and Historical Society, the Institute of Texan Cultures, the Greater San Antonio Quilt Guild, and North San Antonio Retired Teachers and for Love of a Child. The Atchleys have three granddaughters and four great-grandsons. 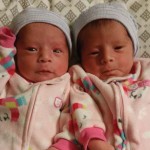 Jackie Jimenez ’07 BBA MS and Robert Jimenez ’12 BAA are excited to announce the birth of their future Cardinal, Alena, born in December 2014. 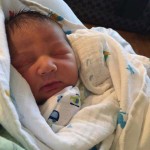 Bridget Lynn Murphy Cross ’10 BA and her husband Kendrick Dejun Cross welcomed the arrival of their son, Kendrick, in December. 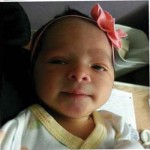 Rosemary Deleon ’05 BAAS announced the birth of Nayeli B. Kimbrough on Sept. 10, weighing 4 lbs., 9 oz. and 17.5 inches long. She is named Bertha after her great grandmother and Nayeli which means “love.”

Do you have fun and interesting photos of your days on campus at UIW? We want to see them! Please share photos and a brief caption by emailing bdarnold@uiwtx.edu 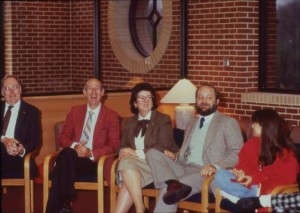 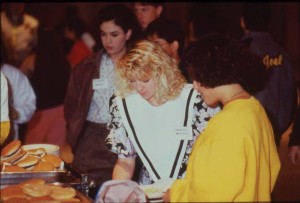 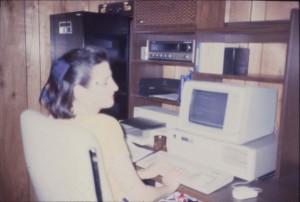 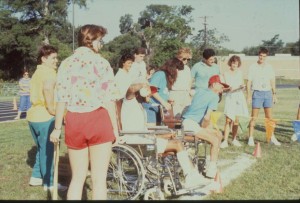 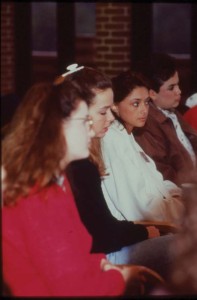 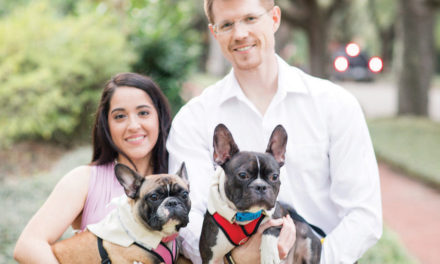