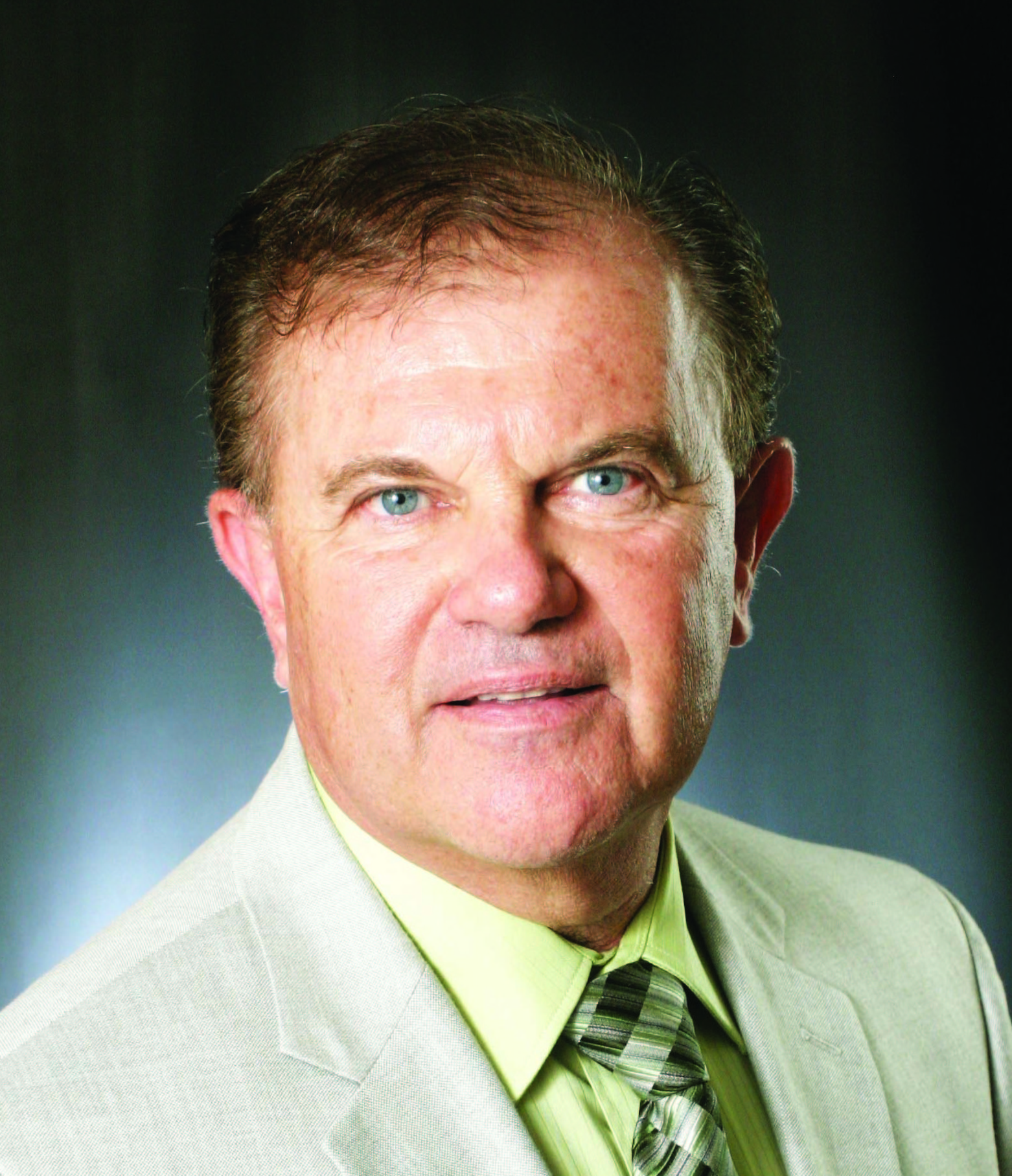 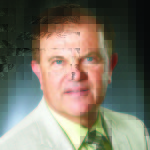 UIW bids farewell to Dr. Andrew Buzzelli, dean of the Rosenberg School of Optometry (RSO), as he leaves the university to assume the role of founding dean of the Kentucky College of Optometry at the University of Pikeville this July. Buzzelli joined the university in June 2011. He was presented with the Educator of the Year award by the Texas Optometric Association at the organization’s 112th Annual Convention in 2012. At UIW, he oversaw the opening of the Bowden Eye Care and Health Center, providing eye care to vulnerable populations on San Antonio’s Eastside. As founding dean of the Kentucky College of Optometry, he will continue his efforts in serving the underserved by providing access to full scope optometric care for rural Appalachia and Kentucky.

“It is the ability to deliver access to not only health care but also health care education to the rural population, a skill I learned at the University of the Incarnate Word. It is not a skill I brought here but a philosophy I leave with,” said Buzzelli. 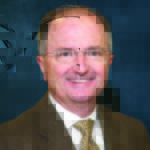 UIW is proud to announce the appointment of Timothy A. Wingert, O.D., F.A.A.O. as dean of RSO. Wingert assumed the position of dean on July 1. Wingert is a tenured professor and served as associate dean for Academic Affairs at RSO. He came to the university in 2012 after 23 years at the University of Missouri – St. Louis, where he currently holds the position of professor emeritus. “The Rosenberg School of Optometry is a jewel at UIW and I expect that it will continue to grow in excellence under Dr. Wingert’s leadership,” said Dr. Kathi Light, provost. 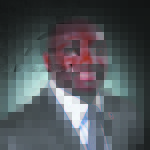 Dr. Cheryl Horlen, associate professor of pharmacy practice and residency program director, Feik School of Pharmacy (FSOP), was appointed as assistant dean and chair of the Department of Pharmacy Practice at FSOP, effective Jan. 1, 2014. Horlen joined the FSOP faculty in June of 2007. She graduated from the University of Texas with a Doctor of Pharmacy degree in 1999. She completed an ASHP-accredited pharmacy practice residency at Texas Tech University Health Sciences Center in Lubbock, Texas, followed by a specialty residency in primary care at the University of North Carolina Hospitals in Chapel Hill, N.C. After completing her residency training, Horlen joined the faculty of Campbell University School of Pharmacy in Buies Creek, N.C. In addition to her teaching responsibilities at Campbell University, she also served as preceptor for students on the required ambulatory care rotation, as well as assistant director for the primary care specialty residency. She is a member of several professional organizations, including the American Association of Colleges of Pharmacy, American College of Clinical Pharmacy, and American Society of Health-System Pharmacists. She is also a board certified pharmacotherapy specialist. Horlen’s areas of interest include anticoagulation, cardiovascular diseases, diabetes, and women’s health. 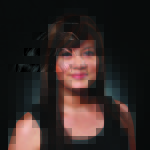 Dr. Ryan Lunsford, associate professor of business administration, Extended Academic Programs (EAP), had his “Onshoring: An i-Opener for Apple, Inc.” paper published in the April 2014 issue of the “International Journal of Trends in Economics Management & Technology.” 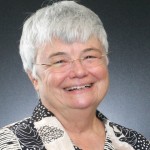 Margaret Mitchell, professor of theatre arts, received the Herbert G. Greggs Award from Broadway Press and the United States Institute for Theatre Technology (USITT) for her article, “A Costume Correspondence, the Theatrical War Effort of Charles Ricketts,” published in 2013 in “Theatre Design and Technology.” She was given the award at the March annual USITT conference in Fort Worth, Texas. Mitchell also received an award for volunteerism from the McNay Art Museum in April. 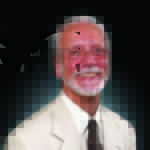 Dr. Gerald Mulvey’s, meteorological instructor, latest paper, “Resources and Guidance for Ethics and Personal Conduct in Meteorology,” was published in the “Bulletin of the American Meteorological Society,” Hill, Jerry D., Gerald J. Mulvey, 95, 164–167, January 2014. He was accepted for the third annual AMS Climate Studies Diversity Project workshop in Washington D.C., May 18-23, 2014. This workshop is designed to bring climate studies introductory-level courses to minority-serving institutions and attract underserved students to the geosciences. View: www.ametsoc.org/amsedu/online/climateinfo/diversity.html 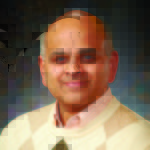 Rosenberg School of Optometry (RSO) faculty member, Dr. Srihari Narayanan, associate professor and director of Cornea and Dry Eye Service, was granted tenure at the UIW board of trustees meeting on March 7.

Dr. Kara Tison will be joining the pediatric optometry staff at the Rosenberg School of Optometry (RSO). She will complete her residency in pediatrics at Southern College of Optometry in July and begin an academic career as a senior clinical instructor with RSO. Tison will enable RSO to keep up with the pediatric responsibilities inherent in the Affordable Health Care Act at the Bowden Eye Care and Health Center. She will also be assigned to lecture and laboratory roles at RSO’s Datapoint location. 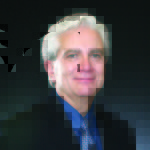 Dr. Raul Rodriguez-Barocio, distinguished professor of finance, has been named chair of the board of directors of the U.S. – Mexico Foundation, a philanthropic organization dedicated to improving the symbiotic relationship between the two countries by expanding opportunity for the people of Mexico. 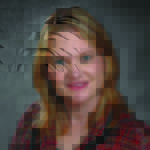 Dr. Lila LaGrange, associate professor of pharmacy practice, served on and attended the fall meeting of the American Physiological Society Education Committee to plan for 2014 activities to promote excellence in physiology education and the development of young scientists, Bethesda, Md., Nov. 24-26. She served as chair of the AACP Biological Sciences Section Strategic Plan Task Force with the task of providing recommendations on the current strategic plan, Nov. 2013-May 2014. LaGrange served as a member of the Council of Sections (COS) Strategic Plan Task Force with the task of writing a COS strategic plan, Nov. 2013-Nov. 2014. 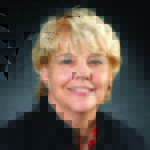 In March, students in Professor of Education Dr. Mary Ruth Moore’s Instruction and Assessment classes, visited Carroll Early Child Center in SAISD for a garden lesson and to visit with the 19 Head Start classrooms there. The school is a part of the SAISD Early Childhood Education Program. Students taught a lesson on “Peter Rabbit” in the garden where they read the book and learned about the parts of a plant. This garden is an outgrowth of the community garden located at UIW. During spring break, Dr. Jeffrey Crane, assistant dean for the College of Humanities, Arts, and Social Sciences, and Stephen Lucke, UIW graduate student, along with one of Moore’s students, Kaimie Roe, planted the garden with the children. A former student of Moore’s, Alejandra Barraza ’05 MAT serves as director of the Carroll Early Child Center.

Wesley Harvey, instructor of art, has had a piece of his artwork accepted into the 20th San Angelo National Ceramic Exhibition held at the Museum of Fine Arts in San Angelo, Texas. Harvey won Best of Show in the ceramics competition with a prize of $2,000 and an invitation to participate in an artist workshop in Montreal, Canada next year with juror Leopold Foulem. During Contemporary Art Month (CAM) in April, he served as curator of the 5th Annual Cookie Jar Exhibition at Lily’s Cookies in San Antonio’s Monte Vista neighborhood. 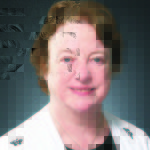 Sr. Eilish Ryan, CCVI, professor of religious studies and director of the Pastoral Institute, was in Rome April 27-May 3 participating in the Ecclesiology and Spiritual Renewal Program for Health Care Leaders, which is sponsored by the Catholic Health Association in the U.S. The program included presentations on theology, sponsorship, and Catholic health care, plus visits to various Vatican offices which oversee Catholic health care, education and consecrated life. Before returning to the U.S., the group visited the birthplace of the founding congregation, the Sisters of Charity of the Incarnate Word, in Lyons, France. 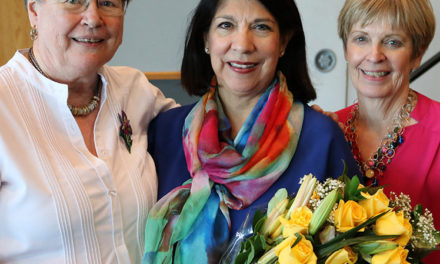 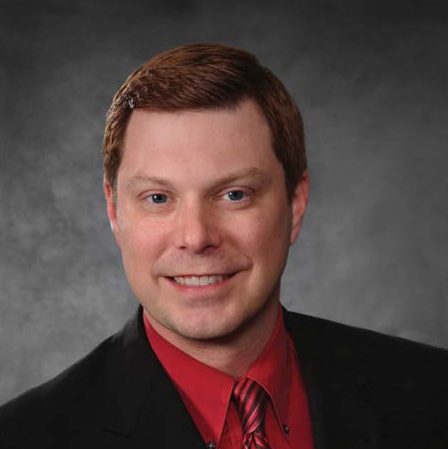