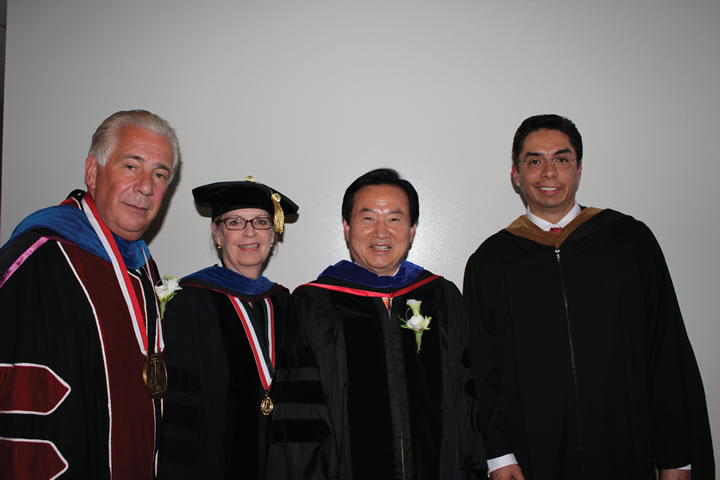 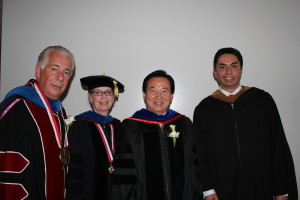 On July 10, UIW conferred an Honorary Doctor of Humane Letters degree upon The Honorable Kang Un-tae, the Mayor of Gwangju, South Korea. This honor is the most prestigious the university can confer on an individual.

“I am happy to welcome Mayor Kang to the City of San Antonio and to the UIW campus,” said UIW President Dr. Louis Agnese. “In San Antonio, you will always be known as Dr. Kang Un-tae.”

“I am grateful for the honorary degree and I thank you all. I accept this honor on behalf of the city of Gwangju,” said Kang. “We truly value our relationship with UIW and the City of San Antonio and hope it continues far into the future.” Gwangju has been a sister city of San Antonio since 1981. Mayor Kang played a key leadership role in helping UIW and San Antonio secure the Korean Pavilion, a $1.5 million gift from Gwangju located at the Denman Estate that was installed and dedicated in 2010. He was also instrumental in developing opportunities that have allowed UIW students and faculty to teach English to elementary and middle school students at Gwangju. 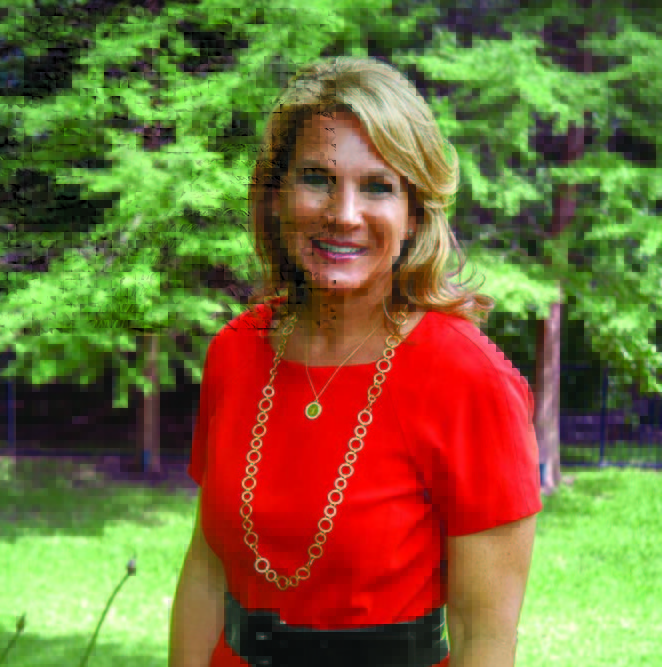