Zelina Moncivais likes to smile — and along with 48 other students and graduates of the University of the Incarnate Word, this year she has one more reason to. The university has a long and well-known history of launching the careers of fine healthcare professionals. That tradition continues in 2012 with 49 UIW scholars accepted to doctoral-level studies at medical and professional healthcare schools around the nation. 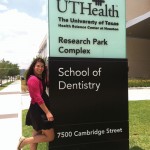 “I chose UIW because of the student-teacher ratio. I liked that I could go up to my professor and he or she knew who I was,” said Moncivais, who was born in Laredo but relocated to San Antonio in the first grade. Moncivais’ advisor, biology professor Dr. Veronica Martinez Acosta, provided a great deal of this invaluable personal attention and encouragement. “I would talk to her all the time,” said Moncivais.

In part because of two nephews and a niece with whom she relishes spending time, Moncivais intends to specialize in pediatric dentistry. “I don’t know why people are scared of going to the dentist… I want to change that.”

The Feik School of Pharmacy accepted 30 UIW students into its entering class of 2016 that will begin classes in the fall. It is the largest number of UIW students ever admitted to the professional school.

“We are proud to welcome the students into the Feik School of Pharmacy. Our curriculum is rigorous and fast paced. The admissions process was exceptionally competitive this year with GPAs and PCAT scores ranging in the top quartile,” said Feik School of Pharmacy Founding Dean, Dr. Arcelia Johnson Fannin.  “The fact that we have admitted such a large number of Incarnate Word students attests to the quality of education that students receive at UIW.” 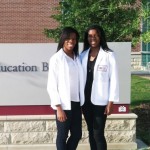 Identical twin sisters Kosisio and Ifunanya Mora, biology majors hailing from Grand Prairie, Texas, have been accepted to Texas’ Joint Admission Medical Program. Both plan to specialize in orthopedics. “It might change in the future,” said Kosisio, “but that’s the one I know about now because I play basketball.” According to Ifunanya, she and Kosisio realized early on that they would attend the same university and study the same subject. “We both watched the same shows,” said Ifunanya, “like ‘Bill Nye the Science Guy.’”

Last fall, UIW added a Doctor in Nursing Practice (DNP) program to its Ila Faye Miller School of Nursing and Health Professions. Lafitte Holmes graduated with his Master of Science in Nursing from UIW this year and has been accepted into the DNP program for the fall.

“My passion has been to always care for people. I wanted to be a physician but God truly took me on a different path. With my current degree I am a provider. With a DNP, I can continue to influence change; teaching others how to have the passion and skills it takes to care for patients,” Holmes said.  “It is an art and knowledge alone does not guarantee patient compliance. They have to be comfortable with you and God opens many avenues of conversation in my exam rooms.” 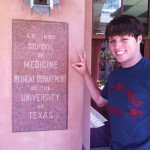 Matt Gunst is a second-generation UIW alum. According to Gunst, the honors program was a driving force in his trajectory, and Dr. Acosta as well as chemistry professor Dr. Julian Davis made significant impacts along the way. “Not to say that all of the teachers aren’t wonderful,” said Gunst. Both of his parents are in healthcare — his mother a nurse and UIW graduate. The dream of going into medicine “has been a whole-life type of thing,” said Gunst. “It’s something I’ve wanted to do since I can remember.” As for his specialization, Gunst has his sights set on immunology and infectious diseases: “I’ve always been interested in the immune system, the body’s way of fighting off invaders.” 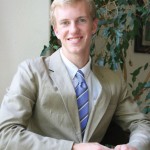 Like Gunst, San Antonio-native Howard Gill’s drive to practice medicine is in his blood — his father is a military doctor. “Through him I developed a love for being able to help people with their physical problems,” said Gill, who is thinking of specializing in emergency medicine. Numbering among his activities and accomplishments — including research on leishmaniasis — are hours spent at several hospitals around San Antonio. “I’ve volunteered at hospitals including Lackland Air Force Hospital where I volunteered in the emergency room and the orthopedics department, and University Hospital where I volunteered in the physical therapy department and the Express Med Center,” said Gill. He recalls recognizing his ambition to enter the medical field at the age of 12. That ambition along with his father’s influence and UIW helped him reach his goal.  “I loved all my UIW professors, but my advisor Dr. (Bonnie) McCormick and my professor of Developmental Biology and Cell Biology, Dr. Acosta, had a special role in encouraging my love for healthcare,” said Gill. “The UIW Pre-med Society also gave me good advice on knowing how to prepare for my interviews, volunteering, and what my next step in the application process needed to be.” 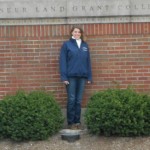 Though she started her undergraduate years with a focus on synchronized swimming, Colleen Dwyer eventually “hunkered down and got into her studies” and was able to complete her degree  in just three years. Her acceptance to the  Michigan State University’s College of Veterinary Medicine is a natural progression of her years of experience working with animals: Growing up, Dwyer’s family raised seeing-eye dogs and she was “always at the animal shelter.” While at UIW, she participated in an “amazing” internship at the San Antonio Zoo. (Even when she wasn’t on the zoo campus, her lookout from the McCombs residence hall afforded her an everyday view of the park’s elephants.) Dwyer also interned at the U.S. Navy Marine Mammal Center in San Diego and the Alamo Heights Pet Clinic. An honors student, Dwyer said “I definitely had a lot of support from faculty.”

UIW will begin classes for the new School of Physical Therapy this fall. The professional healthcare program will enable students to earn their Doctor of Physical Therapy degrees. UIW’s program is unique as it offers problem-based learning curriculum, a rigorous, highly structured teaching methodology which places the student in a position of active responsibility for learning and mastering content. Eight UIW students have been accepted into the inaugural class.

California native Anthony Vanrachack was looking for a better life. He was taking classes at a San Antonio community college and working retail when an optometrist he had seen ran into him in the store. A conversation resulted in an invitation to work in his office.

Observing the balance the optometrist had with his work and family life inspired Vanrachack, who is married, to pursue a degree in optometry. He picked UIW’s Rosenberg School of Optometry (RSO) because the mission aligned with his goals.

“It was all God’s plan for me to go into this field,” said Vanrachack. He had planned to apply for the 2013-2014 class but an advisor in the RSO told him he had all the prerequisites and encouraged him to take his Optometry Admissions Test. He did well and was told he was a competitive applicant.

“I am surprised and thrilled that I will be starting this fall, said Vanrachack. “By reaching my goals, I’m setting the bar for my younger siblings.”

Born in Tulancingo, Hidalgo, Mexico, 2012 UIW graduate Paola Mendez hopes to become a reconstructive surgeon. After all, it was her passion for technology, people, and education that drew her to medicine in the first place. “But I am aware that [my specialization] might change,” she said, “and I am always open to new things.” While earning her undergraduate degree, Mendez participated in regenerative protein research and Welch Foundation chemistry research. “I also enjoyed my involvement with the Chemistry Club as a member, secretary, and president by giving back to the community through community service,” said Mendez. “Most of all, being a PASS (UIW) Leader helped me grow as a person and learn from so many people and learn things I didn’t know about myself.”

PASS UIW Leaders assist other students by preparing and leading study sessions and one-on-one tutoring sessions. They are role-models of successful students to their peers.

“It is the work of all the faculty who teach these amazing students that results in their success,” said health professions advisor and biology professor Dr. Bonnie McCormick. “They are all great students.” 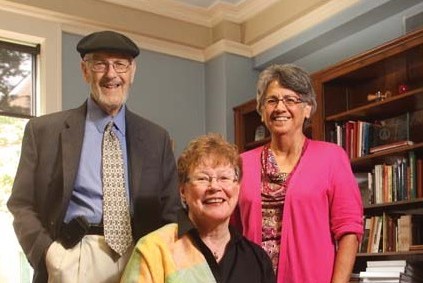 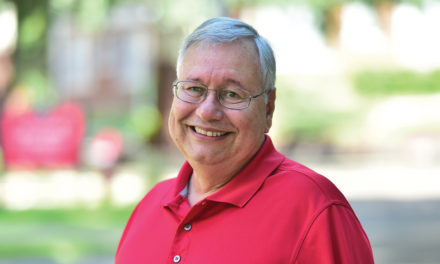 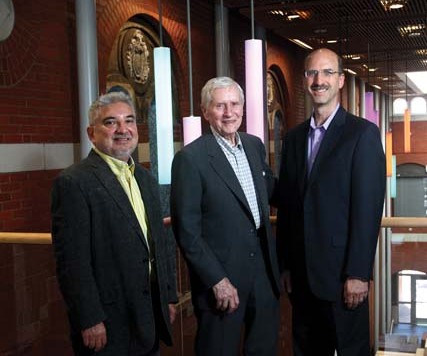