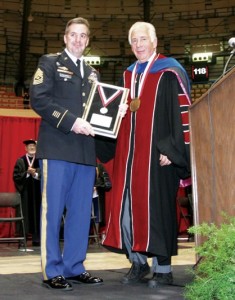 The 2012 Alumni of Distinction for Service in Mission was presented to Sgt. Maj. Kent C. Dolasky, ’02 BBA, ’06 MBA. Dolasky is currently an Army Special Forces Sergeant Major and the Commandant of the Joint Special Operations Forces Senior Enlisted Academy in Tampa, Fla.

“It was a great honor to be selected for this prestigious award,” he said.

Dolasky was UIW’s first EArmyU graduate in Dec. 2002, receiving a Bachelor of Business Administration. In 2006 he earned an MBA through UIW’s online program during his deployment in the Middle East, where he also received a Bronze Star and Purple Heart. He is currently an Army Special Forces Sergeant Major and the Commandant of the Joint Special Operations Forces Senior Enlisted Academy in Tampa.

“Being deployed is always a challenge, especially when you are in a leadership position,” he said. “Although we stayed very busy, I still found pockets of time for my studies.”

During his first graduate course, Dolasky said he was among the group ordered into Iraq where his textbook had to be dropped in a care bundle via parachute. With no internet connection during the initial ground campaign, he studied chapters and highlighted key points in his textbook.

“I was also able to take four classes during a five month deployment to Djibouti, Africa,” he said. “This was the perfect location to get some classes done and have time to reflect on the material, too.”

Finding many ways to serve his country, Dolasky founded the volunteer organization “Buckets of Hope” after observing a homeless man with little protection from the cold. In 2010, he delivered his first bucket of hope filled with winter survival items to the needy in the Tampa, Fla. area. Since then, with the help of family and volunteers, he has provided hundreds of blankets, packed dozens of five-gallon “Buckets of Hope,” and served gallons of coffee to the homeless.

Dolasky is also a member of UIW’s extended academics program curriculum committee and an instructor. He designed and launched a Bachelor of Science in Business Administration capstone course called Business Policy and Strategy and has taught 44 online courses for the university. 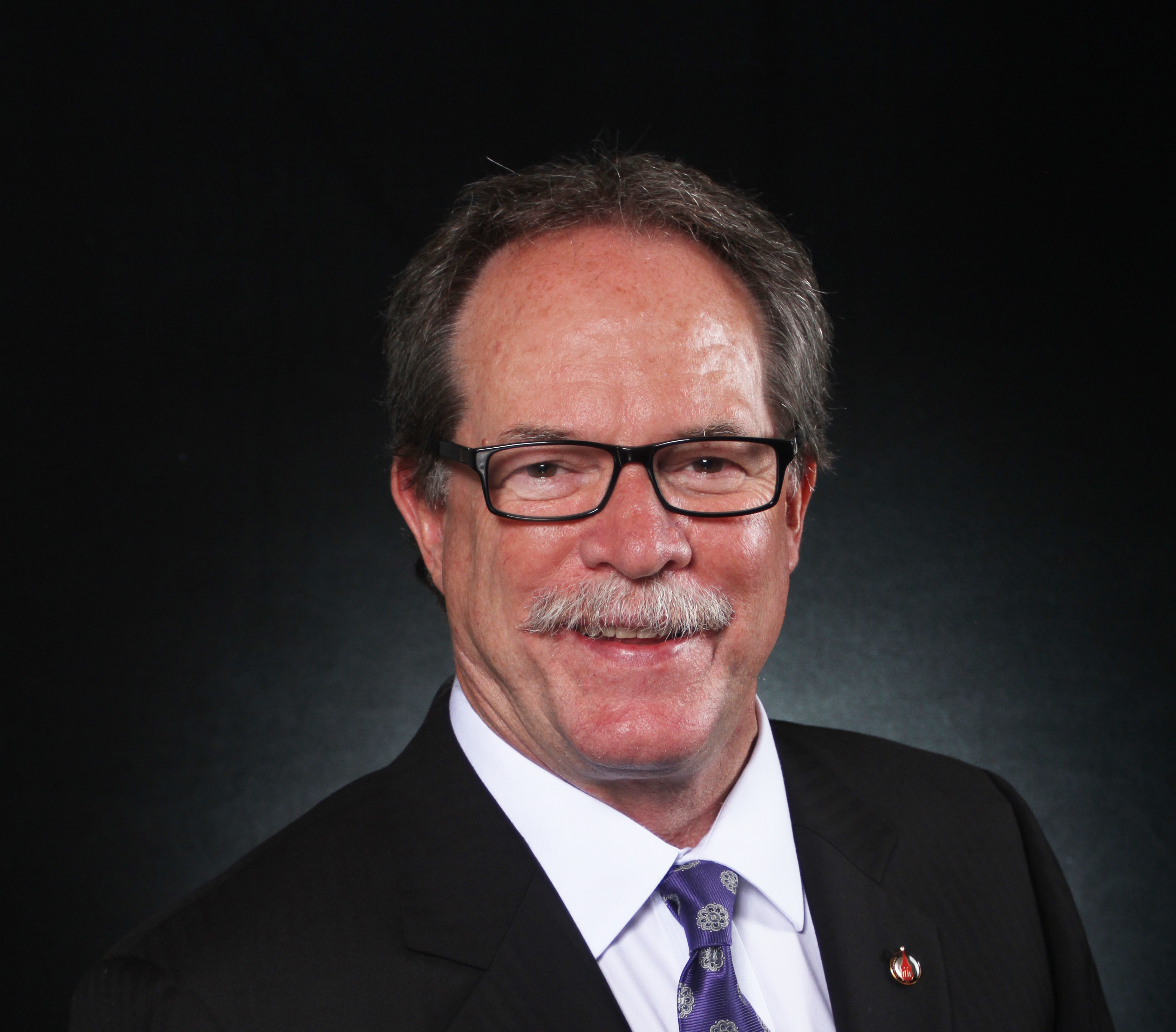