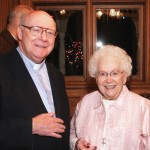 Mary Helen “Pinkie” Pinner, ’46 BA celebrated the 60th annual Three Kings Celebration with classmates, friends and family on Friday, Jan. 6. The annual celebration began in 1951 in Kingsville and was moved to the UIW campus a few years ago. The event is to celebrate a tradition of collegiate friendship that spans years.

Bettye Nagy ’55 BSN was recently named “Member Volunteer of the Year for 2011” by the Heritage Association of San Marcos.

Janie Barrera ’87 MBA has been appointed to the San Antonio branch board of directors of the Federal Reserve Bank of Dallas. Barrera is the founding president and CEO of ACCION Texas Inc., a nonprofit organization that provides small loans and management training to micro and small businesses in eight states, including Texas and Louisiana.

Jose Hernandez ’87 BBA was recognized for 15 years of service at the University of Texas Health Science Center in Houston at the 2012 STAR Award Event.

Coach Pete Peterson ’90 MA was recently inducted into Southwestern College Athletic Hall of Fame. Peterson has been the men’s head basketball coach at Texas A&M Kingsville since the 1997-98 season. He began his coaching career as an assistant at Southwestern in 1979-80. He has a 208-178 record along with two trips to the NCAA Division II playoffs. Peterson coached for 11 years at UIW. The Cardinals, then known as the Crusaders, had a 224-111 record during his tenure and reached the NAIA National Tournament four times and won three Heart of Texas Conference championships.

Patricia Gonzales ’94 BBA and Edward Benavides ’98 BA were recognized in the 2011 40 under 40 awards presented by the San Antonio Business Journal. The annual awards are presented every year to 40 exceptional individuals under the age of 40 who are making great strides in their professional careers and are contributing positively to the San Antonio community.

Jennifer Ann Balleza-Gonzalez ’05 BA will be completing her 5th season at Sea World San Antonio in December. She is a show operator I for Shamu Theater. Her job consists of running video cameras, working digital FX and directing the Shamu shows.

Jennifer Naples ’00 MS Nutrition, RD, LD and CDE, was promoted from senior dietitian to clinical dietitian specialist at The Methodist Hospital Texas Medical Center – Houston, where she has been employed for 10 years. She co-leads the 12-Step Food Addiction support group and is primary investigator on three bariatric research studies.

Brothers A.J. Moore ’04 BA and Antonio Moore ’10 BA were featured in the San Antonio Express-News for creating the colorful adventures of “Super Newts,” and “Dorse and Doose,” child friendly animal characters, through their comics and animation company “GudFit Entertainment. The duo also has a self-published children’s book and have created several web and print comics.

Rita Martinez ’06 MA was elected to a two-year term as president for the Association of Catechesis and Pastoral Ministry for the Archdiocese of Galveston-Houston.

At the 2011 meeting of the Association of Graduate Programs in Ministry, Suzy Krisak ’07 MA, Julie Krug ’08 MA, and Laura Yzaguirre ’09 MA, all parish ministry leaders, presented a panel on their experience regarding the way ongoing communication and support among their graduate studies classmates and current colleagues in ministry have sustained their vocation to lay ministry. 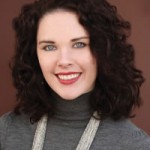 Erin Allison O’Brien ’08 BA has been promoted to editor of all three NSIDE San Antonio magazines. She has also stayed active in the San Antonio community by serving as the youngest member of the board of directors for the Harp and Shamrock Society. She coordinates the society’s social committee, plans and oversees all of its events and fundraisers.

Patricia Moore ’09 BBA recently opened up N-V-Us Fashions and Boutique at the Wonderland of the Americas Mall.

Erika Haskins ’10 MA was accepted as a member of the Daughters of the Republic of Texas.

Kevin Langan ’06 MAA is a former UIW men’s soccer player and was recently named head soccer coach at University of North Carolina at Charlotte, a Division I school in North Carolina. As a member of the coaching staff for the Charlotte 49ers for the past three years, he has played an essential role in the team winning 40 games, reaching the College Cup Finals, capturing an Atlantic 10 regular-season title and making two NCAA tournament appearances. At UIW, Langan led the team to a no. 1 national ranking and the NCAA Division II Elite Eight in 2004.