Paulette “Polly” Harrison ’73 BM was the subject of a feature story on MySA.com for her guitar playing. 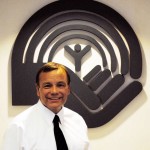 Dr. Barbara Aranda-Naranjo ’88 MSN was promoted to a senior executive position within the HIV/AIDS Bureau effective June 6. She is the director of the Division of Service System which oversees Ryan White program funding to cities and states throughout the US, and the AIDS Drug Assistance Program.

Carrie Harrell ’89 BA was featured on MySA.com for her fashion in the Miss Texas Pageant. 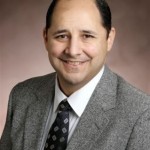 Juan Fresquez ’87 BA was appointed as the new Chief Operating Officer of Houston Northwest Medical Center. As COO, Fresquez is responsible for the day-to-day operations of the hospital and related services ensuring the staff delivers high-quality and cost-effective care. Fresquez most recently served as associate administrator at Houston Northwest Medical Center, where he was instrumental in redesigning organizational throughput to help rebuild the hospital’s foundation for outpatient volume growth. Throughout his tenure, Fresquez has held numerous leadership positions and has overseen several construction projects which included diagnostic imaging centers and the addition of a Subway™ franchise within the hospital. Additionally, he played a crucial part in the development of Pulmonary Rehabilitation, Epilepsy and PET/CT product lines.

Dr. Denise Barkis Richter ’90 MA is now a full professor in the Communications Department at Palo Alto College in San Antonio. In her spare time, Richter writes a blog about San Antonio that features fun things to do and see in the Alamo City.

Dr. Mark E. Moore ’90 MED has been teaching in Joplin, Missouri and is helping with efforts to rebuild the city.

Jackson Kennett ’91 BA was recently featured in the San Antonio Express-News for his newest piece of art, “The Offering,” inspired by his actual morning view in the summer.

Jose Ruben De Leon ’92 BA has been named the coordinator for the Chapel of the Incarnate Word. From 2007-Aug. 2011, De Leon was the campus minister and coordinator of Liturgy, Music, and the Arts at Our Lady of the Lake University. He also served as choir director and piano accompanist at St. John Berchman’s Catholic Church located on the west side of San Antonio, and St. Matthew’s and St. Francis of Assisi parishes. De Leon has written, created, and produced four critically acclaimed sacred dramas that were presented throughout the United States and in Dublin, Ireland and he has recorded and produced four musical compact discs of sacred music. His piece, “Simplemente Lara,” received the Heritage Award in 2007, and was also named Best of 2005 by the San Antonio Express-News in the One-Man Show category. In 2003 he received a National Performance Network grant for the creation of a solo performance, “Lorca,” which was also named Best of 2003 by the San Antonio Express-News.

Chris Sauter’s ’93 BA recently had his artwork on public display at Mission branch library and highlighted on MySA.com.

Ricardo Antonio Chavira ’96 BA was recently featured in the San Antonio Express-News for helping to redevelop the old Taco Land property near the Pearl Brewery.

Amalia Ortiz ‘96 BA had a concert review of her musical “Carmen de la Calle,” produced at the Say Si Blackbox Theatre by ColectivaSA. The show celebrated three sold out shows, and Ortiz was also chosen as an IC3 fellow and completed a month-long writing residency in August at the National Hispanic Cultural Center in Albuquerque, New Mexico. There she focused on writing two new poetry/theater projects, “Borderline Offensive” and “The Miraculous Mixes of La DJ Santa Cecilia.”

Maria Ibarra ’98 BA and Omar A. Leos ’97 BA, ’00 M.Ed., both directors of theatre at Thomas Edison High School in San Antonio, had their play, “Valhalla,” advance to the 2011 UIL One Act Play State 4-A Competition. They competed against more than 240 schools to grab a spot in the top eight 4-A schools in the state.

Jacob Tingle ’02 MAA received his doctorate degree in leadership studies from University of Texas at San Antonio in August. He has been appointed as an instructor in business administration and director of the sports management minor at Trinity University where he had previously been employed as assistant director of athletics for intramurals.

Justin Bennett ’04 BA was accepted to the Master of Fine Arts Technical Design and Production program at the Yale School of Drama.

Joan Braune ’06 BA and Becky Quigley-Williams ’07 BA, ’10 MAT are forming an online group called “UIW Alumni for Peace and Justice.” The group’s goal is to encourage further social justice work in our communities, network with one another, and encourage the activism and other work of current UIW students and faculty contributing to justice and peace. 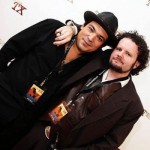 Lorenzo “Chacho” Saldana ’05 MA and Brance Arnold ’10 MA have formed the singer-songwriter group “Chacho and Brance.” The duo has been writing, recording, and performing their soul folk hits regionally from Mississippi to Mexico since the late 1990s. Chacho and Brance are also being featured in the docu-reality show “Troubadour, TX,” a television series following the lives of singers and songwriters as they chase their dreams across the Lone Star State. The series began airing in September on the CW network and NBC affiliates.