In this issue, meet Board of Trustees member Carmen Nava 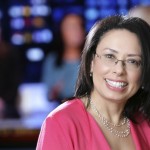 After 12 years of Catholic school, it’s no surprise that Carmen Nava would be interested in serving a Catholic institution as an adult.

Nava, born fifth of seven children and raised in Los Angeles, Calif., said the UIW Mission challenges her to bolster her faith through living its tenets.

“Every board meeting, we are reminded of our role to be an example of living out the Mission,” she said. “The force that we can be when we have the UIW mindset is great; we have the ability to inspire others to live it.”

In addition to her faith, Nava also has a passion to support education. As a member of the development committee, Nava helped secure a grant that would support technology infrastructure for the university’s Rosenberg School of Optometry and East Side Eye Care Clinic. Nava’s contributions, however, are ongoing.

“I recently referred Dr. Cyndi Wilson Porter (vice president of extended academic programs) and the VA (Veterans Affairs) Office to a contact I have at Fort Sam Houston to provide them access to the base. As a result, UIW will begin hosting classes at Fort Sam Houston soon,” Nava said.

Though she’s one of the newest UIW board members, Nava’s commitment to education has existed for years. She has served as a board member of the New American Alliance, a national Hispanic business organization, since 2008. Additionally, Nava advises various employee resource groups that focus on education within AT&T where she serves as senior vice president in Dallas, Texas.

“The education of children is so critical, and as a nation, if we don’t address the issue, we’ll fall behind, and this will especially affect minorities” Nava said.

Nava is a graduate of the University of Southern California where she earned a Bachelor of Science in Business Administration. She is married to her college sweetheart, Robert, and they have one daughter.