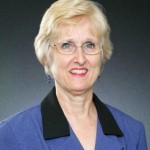 Dr. Judith Beauford, of the Dreeben School of Education, presented “Number Names Research in Mexico and Bolivia” at the School Science and Mathematics Association Conference in Florida in November.

Dr. Mary Ruth Moore and Dr. David Campos, both of the Dreeben School of Education, along with four former students, recently wrote an article titled “Inspiration to Teach—Reflections on Friedrich Froebel and Why He Counts in Early Childhood Education.” The article was published in the November 2010 journal of the National Association for the Education of Young Children. The article highlights a group of 14 students’ 2006 trip to Eastern Germany to trace the footsteps of Froebel, known internationally as the Father of Kindergarten. To read the article online, visit www.naeyc.org/files/yc/file/201011/HeritageOnline1110.pdf. 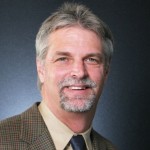 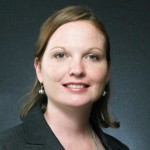 Dr. Stephanie Grote-Garcia, assistant professor in the Dreeben School of Education, recently published an article titled “Scaffolding the Comprehension of Beginning Readers: Incorporating the Patterned Books of ‘Then and Now’” in “English in Texas.” She also completed three children’s books in her educational series Read, Reason, Write. Each book was accompanied by a teacher’s edition. In November, she presented at the 54th annual meeting of the Association of Literacy Educators and Researchers in Omaha, Neb.

Dr. Jeanette McNeill, Dr. Ramona Parker, and Joyce Howard, from the Ila Faye Miller School of Nursing and Health Professions, Dr. Lu Pelayo, director at the Alamo Colleges, and Jackie Stovall, with the University of Texas Health Science Center at San Antonio, presented an invited symposium titled “Simulation in Nursing Education: Evidence Base, How-To’s and Dollars and Cents” for the Southern Nursing Research Society meeting in February in Jacksonville, Fla.

Dr. Gary Keith, assistant professor of political science, organized the annual conference of the Southwest Association of Prelaw Advisors in New Orleans in October, and he participated on a panel titled “Teaching Undergraduate Law through Movies and Novels.”

Sr. Martha Ann Kirk, Th.D., professor of religious studies, presented “Hope and Healing: Stories from Kurdish Iraq Where Persons Inspired by Fethullah Gülen Have Been Serving” at the International Conference on the Gulen Movement at the University of Chicago in November. She also presented “Christian – Muslim Encounters through Using Online International Exchanges in Undergraduate Religious Studies Classes” at the American Academy of Religion meeting in Atlanta in October. Kirk received the Insigne Verbum Award during December Commencement “for interfaith and intercultural dialogue in pursuit of peace.”

Dr. María Félix-Ortiz, associate professor of psychology, was invited in January to join the new Bexar County Mental Health Consortium, an advisory committee working with Judge Nelson Wolff and other members of the Commissioners Court, to form a better coordinated system of mental health care for the indigent of Bexar County. She has been a regular volunteer instructor for the San Antonio Police Department Crisis Intervention Team Training Program presenting “Penetrating the Fog of Fear: Understanding and Communicating with Persons living with Chemical Dependence and Mental Illness” as police officers’ substance abuse training. She was recently recognized by the San Antonio Police Officers Association for her five years of service to the department. She was also invited as the keynote speaker for St. George Episcopalian Church’s Mental Health Awareness Day and presented “An Overview of Mental Illness and Substance Abuse for the Faith Community” in October.

Dr. Lydia Andrade, professor of political science, presented “The Scandals of the Bush Years” at the International Conference on Arts and Humanities in Honolulu in January. She was also recognized in December by the Texas Higher Education Coordinating Board and the Educational Policy Improvement Center for significant contributions to the Texas College and Career Readiness Initiative. She worked on college readiness standards for the social sciences.

Dr. Valerie Kesner Greenberg, associate professor of communication arts, co-authored an academic paper with Terry Bertling, assistant managing editor of the San Antonio Express-News, concerning convergent media’s role in changing print journalism. They authored a primary research case study titled “Convergent Media and the Future of the American Newspaper.” The project was accepted in November 2010 to the International Conference on Education, Research and Innovation (ICERI) held in Madrid, Spain. The paper was included in the proceedings and online. 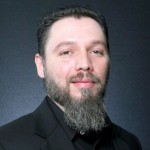 James Borders, assistant professor of art, had his work featured in the solo exhibition “Essence of Color” in Louisiana in October.

Ferd Vollmar, director of the Cardinal Marching Band, was invited to conduct the All Region Band in Houston and in San Antonio in January. His article called “It’s All about the Details” was published in the September issue of “Bandmasters Review.” The article shares effective teaching strategies designed to improve preparing ensemble music and performance enhancing concepts for high school marching band programs.

Dr. Bernadette O’Connor, associate professor of philosophy, presented “Three Theories of Sublimation—Freudian, Maritainian and Ricoeurian—and their Metaphysical Foundations” at the annual International Conference of the American Maritain Association in Ohio in October. 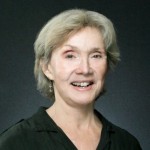 Dr. Jo LeCoeur, professor of English, had her poem titled “A Poem Named Basket” published in the Houston Poetry 2010 Anthology. 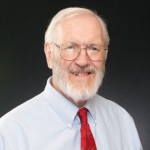 Dr. Bob Connelly, dean of the College of Humanities, Arts and Social Sciences, co-authored an article with Dr. Denise Doyle, provost, and Dr. David Fike, senior research statistician, called “Online vs. Paper Evaluations of Faculty: When Less is Just as Good,” which appeared in the online “Journal of Effective Teaching.” Find the article online at http://uncw.edu/cte/et/articles/Vol10_2/index.htm.

Debbie Bussineau-King, professor of music, and Professor Emerita Ruth Friedberg gave a recital titled “Songs of the Sefarad” at the Shabbat Service of Temple Chai at the Jewish Community of San Antonio in November. Bussineau-King also presented “Teaching Voice at the Dollar Store” at the Regional TEXOMA Chapter of the National Association of Teachers of Singing in Abilene in November. She is president of the chapter. In October, she gave a joint recital of music from the British Isles at St. John’s Lutheran Church’s First Friday Concert Series. 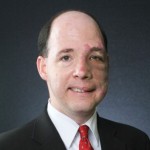