﻿The following are excerpts from a book covering the first 25 years of Dr. Louis Agnese’s presidency at the University of the Incarnate Word. It will be published in August by Maverick Publishing Company.

The book is being authored by Dr. Patricia Watkins and edited by Vincent Rodriguez

By now it was December and the Administration Building was filled with its usual Saturday morning emptiness. Lou was deep in thought while his five-year-old daughter, Nancy, played happily in the long, empty hall that smelled of antique wood and years of polish. 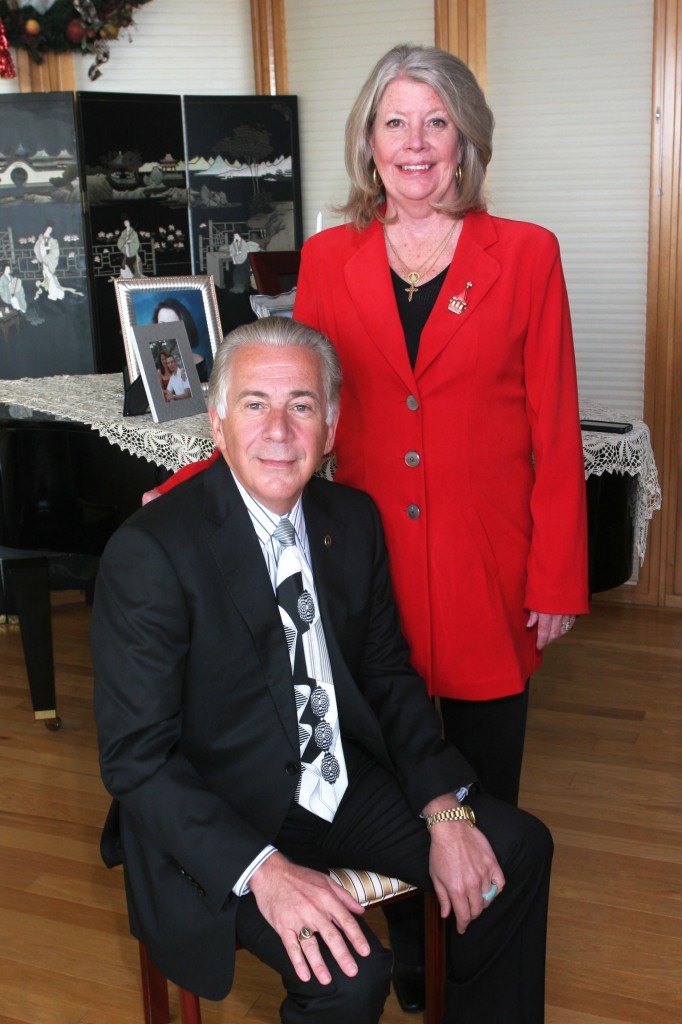 Lou couldn’t stop thinking about Sr. Antoninus Buckley’s chicken story. She had told him how parents in financial stress sometimes used chickens to pay tuition. Lou had become a master of barter in earlier times when the currency of the day was seldom cash. However, right now he was into circular thinking: He needed to increase enrollment quickly, but that required heavy advertising. Advertising required money, and money was the other thing he needed and didn’t have. To get it, he needed to increase enrollment.

Lou wasn’t dealing with fruits and vegetables anymore, nor were there any loose chickens hanging around. It didn’t matter because no one was going to give him ad space for a truckload of chickens anyway. He was a good pitch man, but not that good.

“All I have is a lot of empty space where there should be students,” he said to himself. “Just empty space.” Lou kept mulling that over in his mind. He thought about that empty space and had a sudden but absolute inspiration. That empty space was not just any space; it was space in classrooms, space where someone could get an education, could have life changing experiences. He was excited now. Let the bartering begin!

Lou began to outline a plan. He would offer the local newspapers and TV stations the opportunity to send employees to study at Incarnate Word at no cost in exchange for advertising space. He would enlarge that to allow them to send needy students to Incarnate Word on scholarships named for the respective media partner. This could be big. He needed someone who knew the players and who was respected in the field of public relations to help him break through the barriers he knew he would encounter. He thought immediately of Lionel Sosa.

Christmas season was already approaching with its spiritual and social obligations. He would continue to massage this plan and ask for a meeting with Sosa early in January. Exhilaration started to replace some of the stress. As he leaned back in his chair, a small, familiar voice broke through his consciousness.

“Your hands are really wrinkled, Sister.”

“Are you going to die soon?”

Sr. Raphael looked down at her small guest and said earnestly, “I hope not.”

Lou was out of his chair like a shot. Here was a conversation that needed intervention. As he got to the outer office, they were just approaching the door. Nancy was still happily holding the wrinkled hand of her new friend.

“Does this belong to you?” Sr. Raphael asked Lou with amusement.

Seventy-six-year-old Raphael still worked in the library during the week and helped out with the switchboard on Saturdays. Lou watched the slightly stooped figure, still wearing a long, black modified habit and veil, continue down the hall. He felt renewed determination to protect this place that had been carried for so long on shoulders like those of Sr. Raphael Eccell.

Chapter 12
From A to Zoo

It was Fiesta’s Battle of Flowers parade day in 1994 when Lou called Dr. Denise Doyle to his office. He had a plan. It was obvious to Denise that Lou was in serious planning mode, and this could easily turn into one of those “Why me, Lord?” moments.

Lou knew there was a need in the community that should be addressed because it was the right thing to do, but also because it would be a major benefit to The College. He discussed starting a degree for working adults who had had to leave school for job or family reasons. “He knew we had the potential for attracting a sizeable number of these adults who had not completed an undergraduate degree,” Denise said. “But it couldn’t be done with a traditional program.”

Lou explained the program had to move fast. Working adults would attend school just for classes, not for social activities. They needed to know they could finish their degree in less time than the traditional program: eight-week semesters instead of the 16 at Incarnate Word and most other semester-based schools. Someone could finish a degree in two or three years depending on the number of credits transferred into the program.

“Lou knew this was not going to be an easy sell to the campus,” Denise explains. “He talked about the need to secure faculty support for the program and his belief that my connections in the faculty would increase confidence in an accelerated program.

“It was a chance to reach out to an underserved population in San Antonio,” she adds. “I also had recently heard someone say that San Antonio will be the same old San Antonio until more people get a university degree.”

With that thought and Lou’s support, Denise began work as director of the Adult Degree Completion Program. The acronym would be ADCP, pretty hard to pronounce. Denise added a small “a” in the middle to make it ADCaP.

For the first few months after agreeing to shepherd this program, Denise worked to get the needed faculty support. Even as well liked and trusted as she was, Denise hit the many barriers she and Lou anticipated.

The planning retreat that August was in Long Beach, Calif., aboard the permanently docked Queen Mary. Denise was given a large part of one day to explain ADCaP, answer questions and hopefully increase her support base. ADCaP would not start until January, so there was still time for prayerful conversions. Lou had been correct in giving this program to Denise. With humor and passion, she began to win over many of the nay-sayers. By the end of the retreat, Denise had gained ground, or certainly had not lost any.

ADCaP started in January 1995. It was a new program and didn’t yet have the infrastructure support. It was an experiment that was expected to work, but no one was going to invest too heavily until they were sure that it would. Denise recently shared some of the adventures. “ADCaP was advertised as ‘one-stop-shopping.’ You could get your textbooks, pay your tuition, attend class, whatever, all at one stop. But I was the ‘one stop.’”

She looks back with both humor and amazement that it had all worked out. “I was running around dragging textbooks, writing out signs about where to go for what, taking money for books and tuition, and teaching two classes. It was a zoo, and I was the keeper.”

Denise would take the money at night and, the next day, go over to the business office and stand in line like everyone else to turn in 15 different registrations and tuitions.

“One night I was taking money and stuffing it and the students’ names in my pockets like crazy while trying to do three other things when consultant Dr. Jim Rocheleau said, ‘Are you just stuffing that money in your pocket? Don’t you have a receipt book?’ He was horrified. I wanted to say, ‘Look, I used to be a nun, my Ph.D. is in canon law. What the hell do I know about receipt books?’”

ADCaP worked. It became one of the most successful programs in Incarnate Word’s long history. 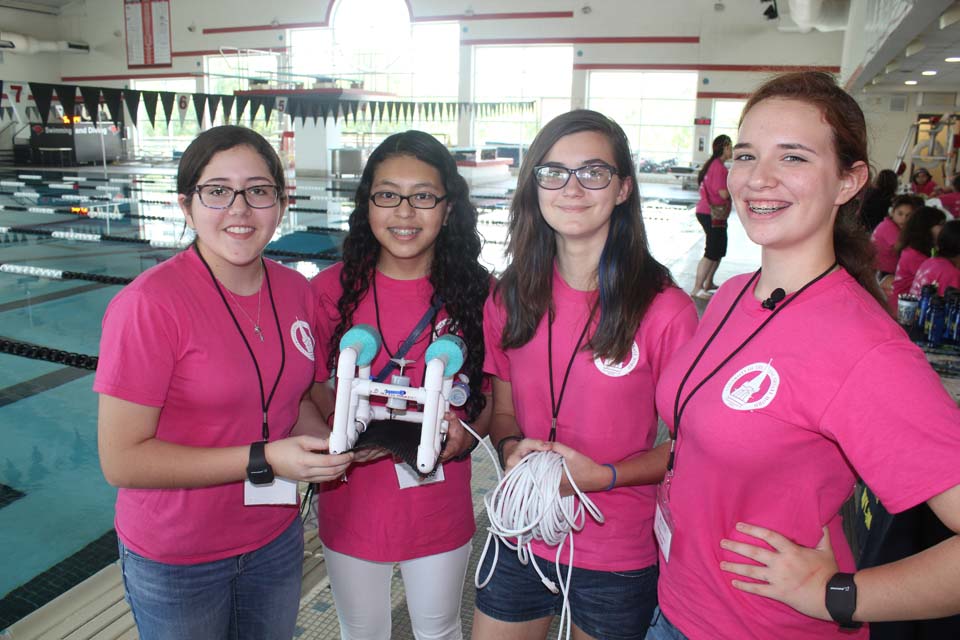 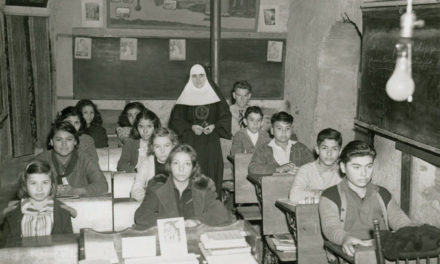 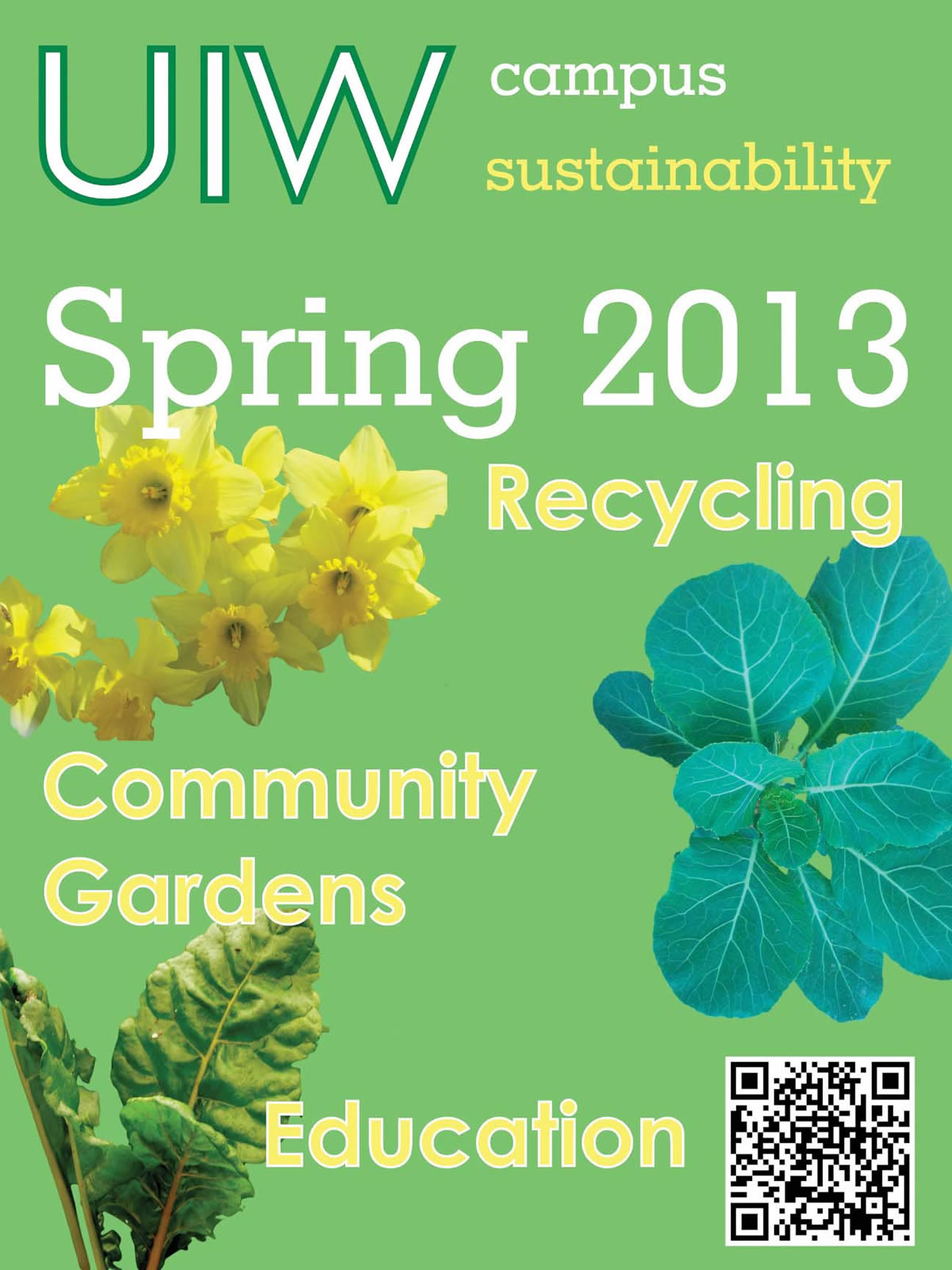 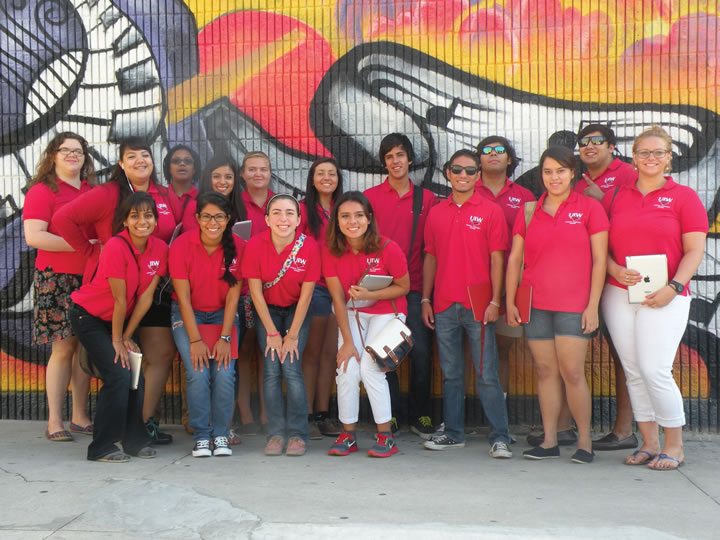