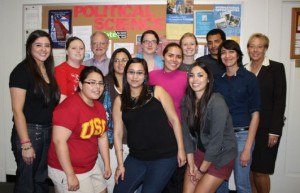 During a presentation in Dr. Lydia Andrade’s International Law class, a student explains the International Criminal Court’s (ICC) involvement in the aftermath of the Rwandan genocide of 1994. As she speaks, she off-handedly comments on something that happened “at the ICC, as we saw.” She’s referring to a recent trip by the majority of the class to the Netherlands to visit the court.

The cross-Atlantic trip was made possible through an exchange program between UIW and the University of The Hague in the Netherlands. Andrade departed March 13 with Dr. James Creagan, UIW distinguished professor, and 11 undergraduates to spend their spring break week in The Hague visiting UIW’s sister school, the International Criminal Court, the Peace Palace and other sites of importance to world justice.

The group flew to Amsterdam and took a train to The Hague. Their first day in Europe was spent sightseeing and exploring, and then they got down to business, starting at the U.S. Embassy. As a former U.S. ambassador, Creagan was able to take the group on an insider’s tour, Andrade said.

The students also had the opportunity to meet an attorney for the U.S. Criminal Court. 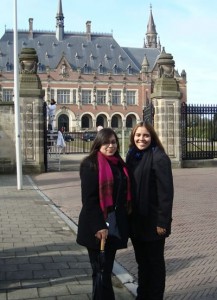 UIW students Liz Limones and Nazly De la Hoya stand in front of the Carnegie Peace Palace at The Hague. The Peace Palace is home of the International Court of Justice.

“Many of my students plan to go to law school, and they were like ‘Wow!’ This is what you get to do with a law degree?” Andrade said. “It was very cool for them to see it in action.”

At the International Criminal Court, the students observed a trial in progress. The case involved a former child soldier who was enlisted against his will, and was testifying against other men on trial. Observing an actual trial in progress, the students found the experience much more real than they expected.

“It’s not as emotional or personal when you read it, but being there, you get an understanding for those on trial describing what they’d done, the killings,” sophomore Liz Limones said. “It was a once-in-a-lifetime experience for me.”

The group also visited other poignant sites in the name of international awareness. In planning their trip, Andrade’s class requested the opportunity to visit a concentration camp.

“I was very proud,” she said. “We had been studying about (the) Nuremberg (trials) in class, and they wanted to visit a concentration camp.”

Before leaving, UIW’s Director of Counseling Dr. Keith Tucker helped prepare students for what they would see. Still, they were affected deeply at Camp Vught National Memorial.

“My stomach dropped when I got there,” junior Celine Perez said. “It’s a reality check. It’s not just history; it’s real, and it happened.”

Senior Joshua Ruiz recalled walking into the crematorium and seeing a table in the middle of the room. “The table still had blood stains on it.”

Ruiz also recalled the memorial built outside for all those who had died at the camp. Someone had put tar all over it, he said. A new memorial was built, but a few years later, the vandalism reoccurred. 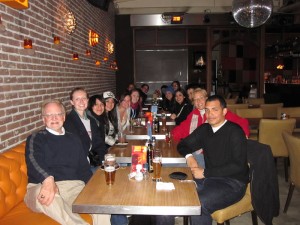 The group of UIW visitors and international students enjoy some down time.

Now, he said, there’s a poem attached to the memorial. It’s written in Dutch and says hate is not forgotten; events might be in the past, but the people remember, he explained.

The students all agreed that their class prepared them with the knowledge of history, but seeing with their own eyes gave them more understanding than they could ever get out of a textbook.

“It’s just history in class, to read and hear it. But to go and see the courts, it’s like connecting the dots,” sophomore Leah Cascio said. “You don’t really understand what it was like before you get there.”

“The ability to go and visit these places first-hand says more than you can ever pack in a lecture,” Andrade said.

Not only has the experience touched their hearts, it has also motivated their minds to make changes in the world. Several of the students are looking into future study abroad opportunities, jobs in Foreign Service and all are more appreciative of their own lives. Many are telling their friends about the experience and spreading awareness about atrocities that happen in other parts of the world. 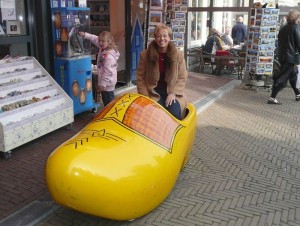 Dr. Lydia Andrade poses in a giant wooden shoe in Delft. Wooden shoes, or clogs, are a symbol of Holland and were worn by farmers to protect against wet fields.

“It makes you want to make a difference in the world,” Perez said. “You’re aware of how close you are to things going on in the world. It makes things so real. I have a newfound appreciation for living in America. Now I’m looking into foreign service, like Ambassador Creagan.”

Back in class, Andrade points out that the mass killings in Rwanda were person-on-person violence; people were being murdered with machetes, not bombs. Thousands of people were wiped out in a single month. Andrade put the number of deaths in perspective, comparing them to about 1/10 of the San Antonio population being murdered. That’s also what the trip to The Hague did for these students – put their textbook readings and classroom lectures in perspective. And it really hit home. 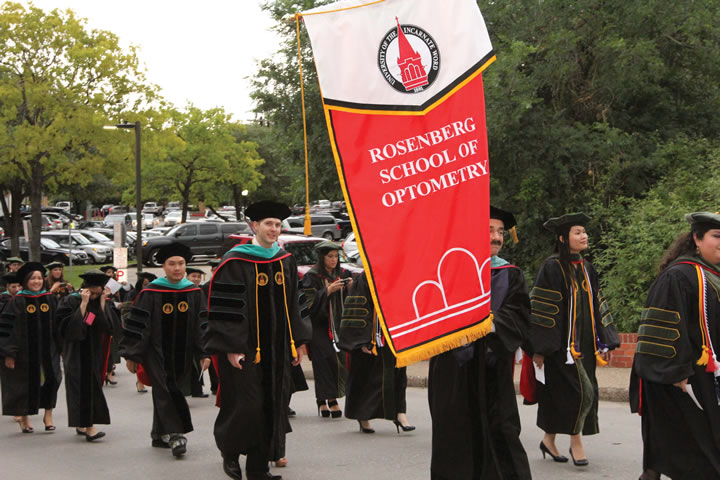