Sr. Pauline Nugent, CCVI, ’64 BA was named a recipient of the 2009 Missouri Governor’s Award of Excellence in Teaching. She is a professor of modern and classical languages at Missouri State University. The award is based on effective teaching, innovating course design and delivery, effective advising and service to the university community, among other factors.

Reinette Alecozay ’73 BA retired in 2006 after a 33-year civil service career in contracting at Randolph Air Force Base in San Antonio to serve as a campaign manager for a San Antonio mayoral candidate. Alecozay also ran in the 2005 election for a seat on the City Council. She serves as a school board trustee for the Shekinah Learning Institute, a public charter school system in Texas. She also serves on the institute’s fundraising committee and the scholarship committee for the Legacy Educational Foundation, which raises funds for at-risk children.

Elaine Carter ’78 BA is teaching in San Antonio and sings with the International Academy of Music and Arts.

George Fillingham ’82 BA had poems published online at www.public-republic.net. He also gave a talk on Kentucky writers at a museum as part of a Perspectives summer program.

Denise Turgeon ’84 BS, BA has published her first book “Return to the Little Red Schoolhouse.” The book was released in May and addresses the challenges of public education. Turgeon has been employed in the San Antonio Independent School District as an educator and administrator for more than 20 years.

Dr. Joseph V. Penn ’87 BS was named chairman of the National Commission on Correctional Health Care in October 2008. NCCHC is the nation’s leading organization in promoting quality health care for the incarcerated. Penn is the director of mental health services for the University of Texas Medical Branch Correctional Managed Care.

Kurt Merkelz ’88 BS is the medical director for Geriatric Associates of America. The organization recently partnered with CHRISTUS Health to assist in developing a community-based palliative medicine program for all their locations (Houston, San Antonio and Corpus Christi). He is married and has four children.

Angelia Colwell Berkowitz ’95 BSN received her MSN with a major in family nurse practitioner and minor in teaching in nursing, from UT Health Science Center at San Antonio in May.  She recently passed her national certification exam and is working with Oncology San Antonio as a nurse practioner.

Gypsy Pantoja ’95 BA hosted a theatre workshop over the summer in San Antonio.

Cynthia Osbourne ’96 BA has appeared in film, television, commercials and music videos. Her accomplishments include starring in the independent vampire film “Blood Rivals” and appearing as a regular interviewer/personality for the music television program “Inside the Room.” Osbourne is a recurring actor for various Haunted House Studio projects. In addition to acting, she sings for the alternative/hard rock band When Words Attack, which picked up the Best New Act of 2005 award in “The Edge” magazine’s Best of 2005 Reader’s Picks Awards.

Lauren (Fonseca) Denver ’99 BA graduated from Texas A&M University–Kingsville in August and is a counselor at Coastal Bend College in Pleasanton. She was also recently accepted into the Ph.D. program at Capella University, where she is pursuing a degree in psychology.

Damon Mimari ’99 BS recently completed his residency in general surgery and has joined his father, George, in his practice. His mother, Maureen, is on the UIW Development Board.

Diana Meneses ’02 BA completed her Ph.D. in history at Arizona State University in May. She had the honor of meeting President Barack Obama as she crossed the stage at commencement. She is also recently engaged to Casey Iwai. They live in Norfolk, Va.

Richard Salas ’02 BA, ’05 MAA has just opened up his first business, Crave Burger, at the intersection of 410 and Babcock in San Antonio. The company’s Web site is www.craveburgersa.com.

John Ballantyne ’06 BBA is working for AXA Advisors as a financial planner. He coaches a U-11 club soccer team and plays in a men’s league with several other UIW alumni. He is married to Shannon Monroe Ballantyne, an NISD school teacher.

Betty Moore ’06 BSN wrote to Dr. Kathi Light, dean of the UIW School of Nursing and Health Professions, and thanked her and the other faculty members for “setting her up for success.” She is deployed to Baghdad, working on an intermediate care ward, and plans to move to the intensive care unit when she returns to Walter Reed Army Medical Center.

Joe Rocha III ’07 MAA moved to Guangzhou, China, after graduation and accepted a job as sales manager of a multinational Danish transport company. He was elected for two terms on the executive committee of the British Chamber of Commerce and served as chief representative for the American and German chambers. He recently started a new job as global sales manager for Branson, a United Kingdom brand of motor scooters, bikes and all-terrain vehicles. Rocha will be based in China and will help to develop markets in Europe and the Americas. He also has an Internet radio show at http://www.radio-gd.com/english/news/my_guangdong/81090.shtml.

Sam Sanders ’07 BA is living in Washington, D.C. He recently became a Joan B. Kroc Fellow, which allows the next generation of public radio journalists to participate in a year-long program at National Public Radio and member stations. See the article in this magazine about Sam Sanders.

Laura Varela ’07 BA received her Master of Education degree with distinction from the University of the Incarnate Word in May.

Ricardo Rivas ’08 BBA recently became the state president of the Texas Society of Enrolled Agents. Enrolled agents are licensed by the federal government to represent individuals and other entities at all levels of the Internal Revenue Service. He is married to Sandra Rivas ’08 BBA. 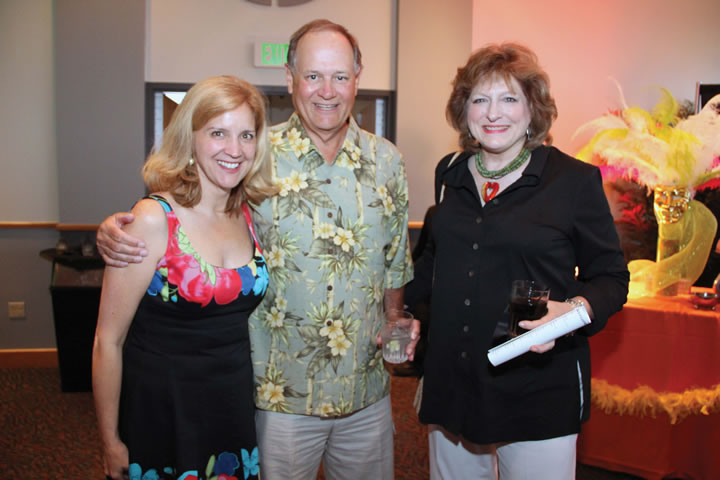